During our time on the ranch, people suggested that we try driving “the long way” to Canmore rather than taking the highway. While not necessarily a very long road, the majority of it wasn’t paved and the bits that were were twisting around the mountains with bits of rock scattered across the road. Despite this, driving this road on our first day back living in the van lead to it being one of our favourite days so far! 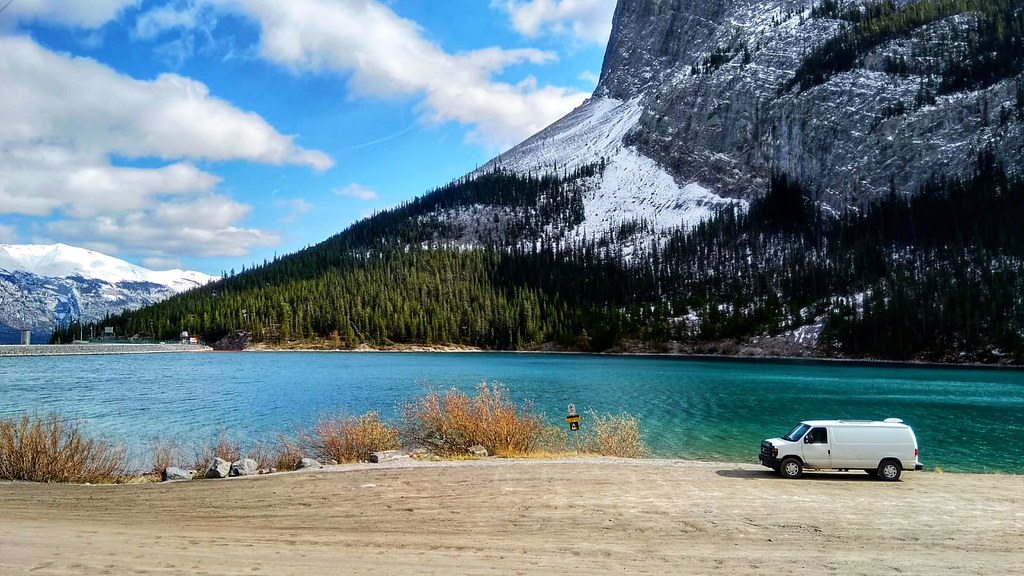 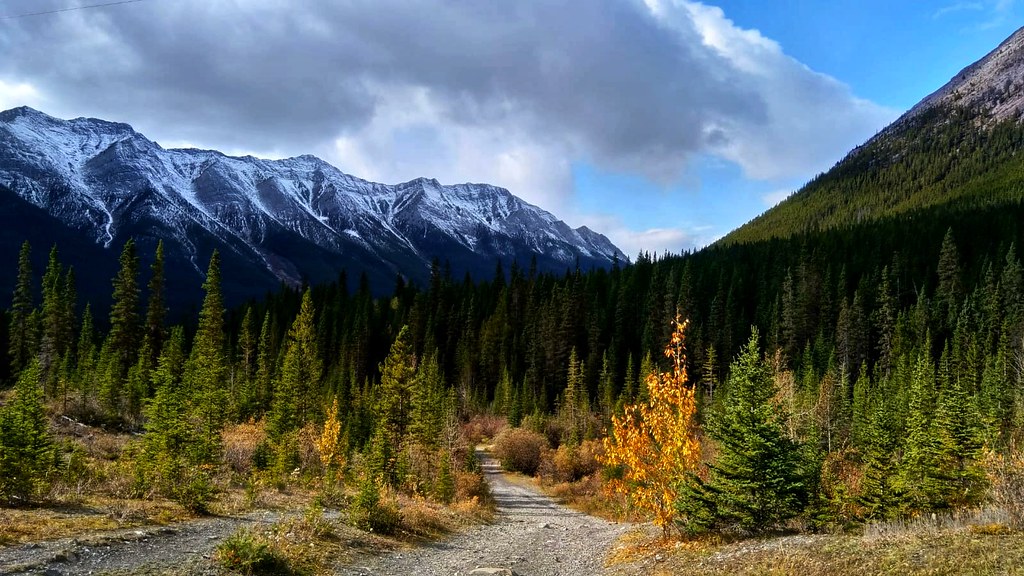 Even though we’ve lived in Canada for over a year now we’d only ever seen two moose; a mum and a baby in Algonquin so deep in the woods you could only really make out their ears! We pulled into a day-use car park and there they were – licking salt off a car while the occupants sat nervously waiting for a park ranger to come and rescue them! 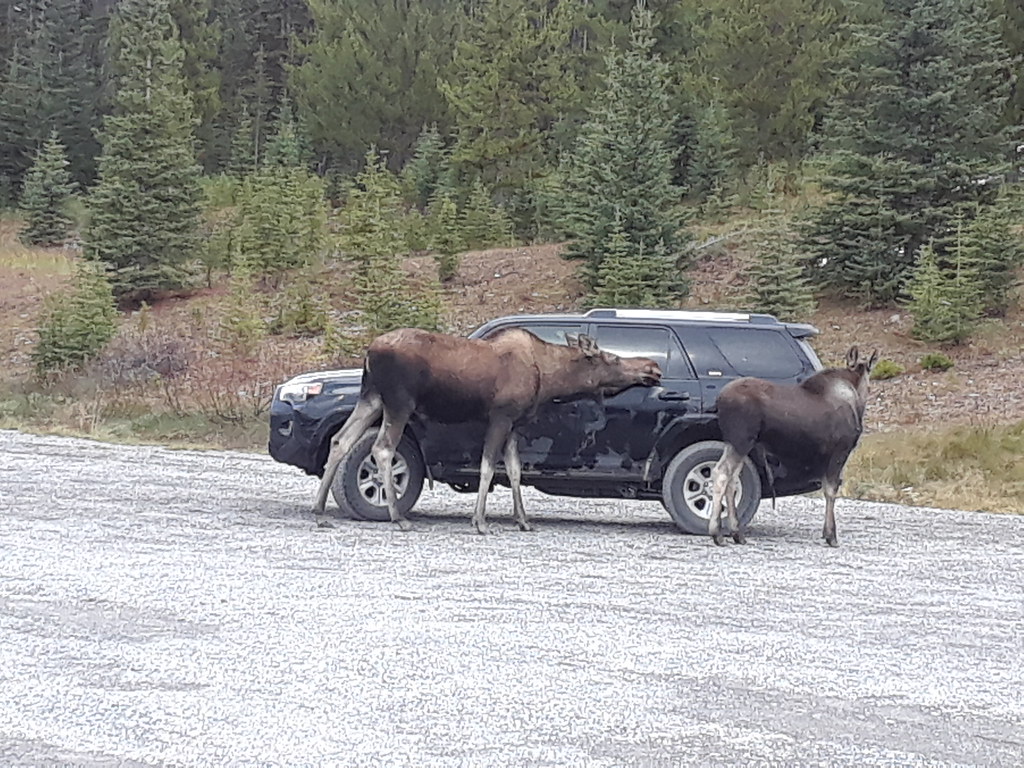 The wildlife was out in full force today! We saw another moose standing in a valley and we had to stop on the road for what we’re pretty sure were coyotes – we’ve heard them a lot but never seen them before! 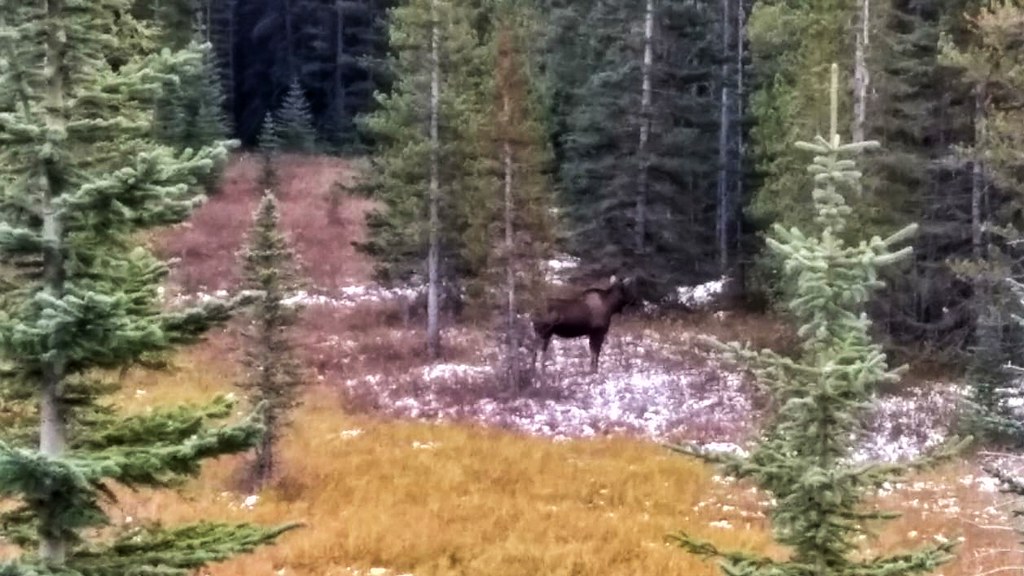 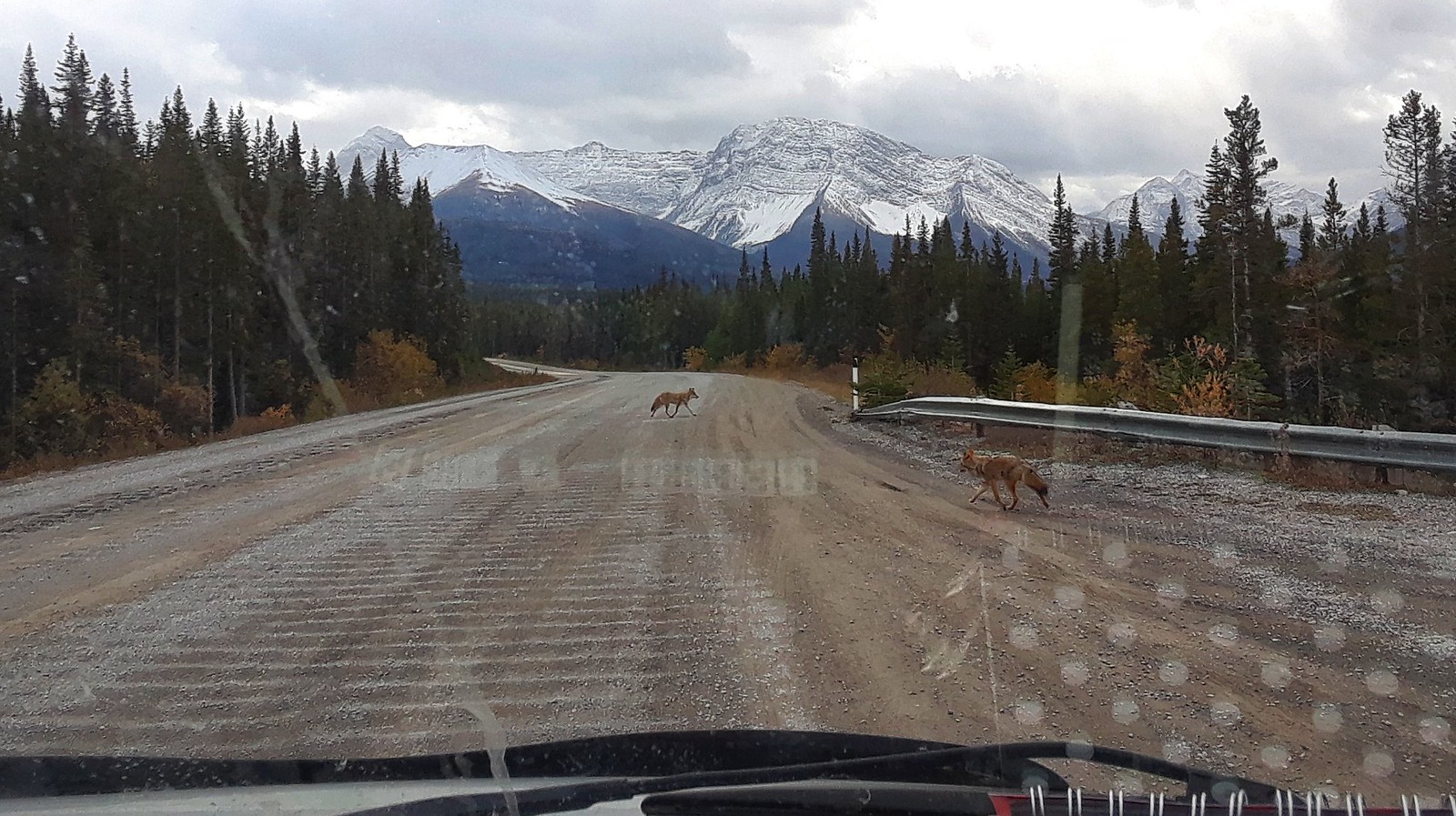 And it just wouldn’t be Kananaskis Country without herds of cows wandering aimlessly into the road! 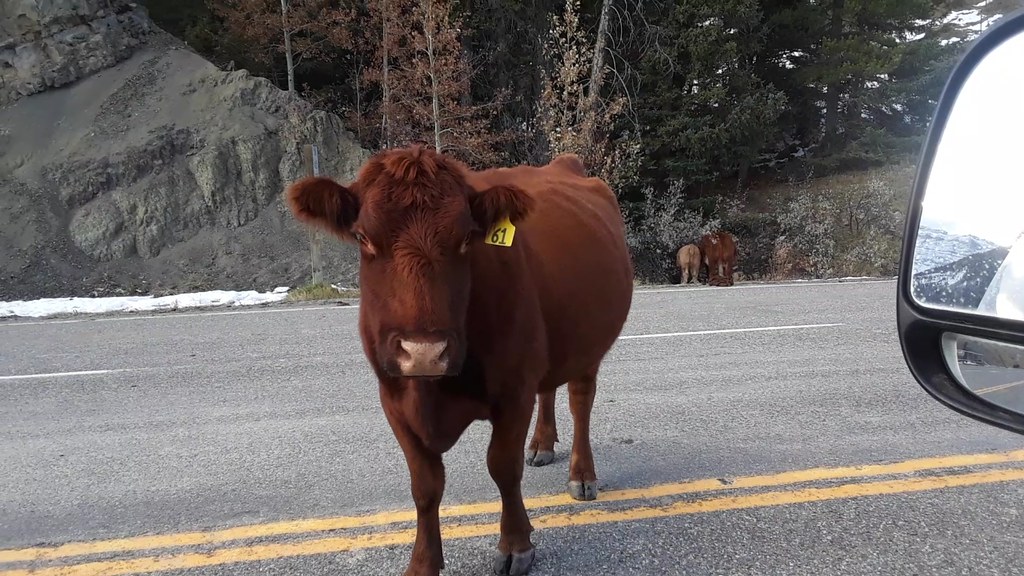 We were headed down to Waterton Lakes National Park but took a few detours (most on purpose…) to get our last views of these particular mountains with a dusting of snow before the road gets closed for winter. 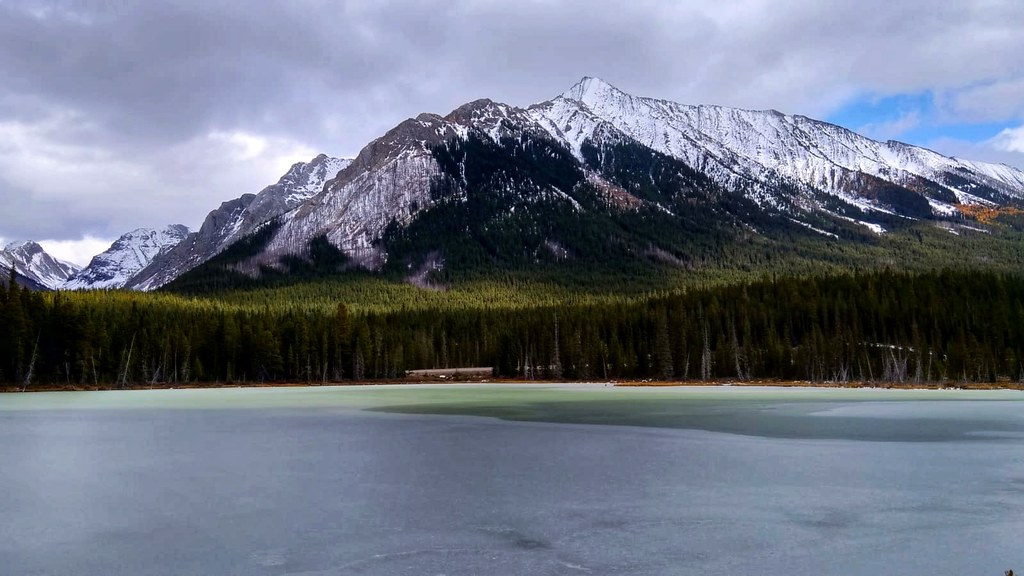 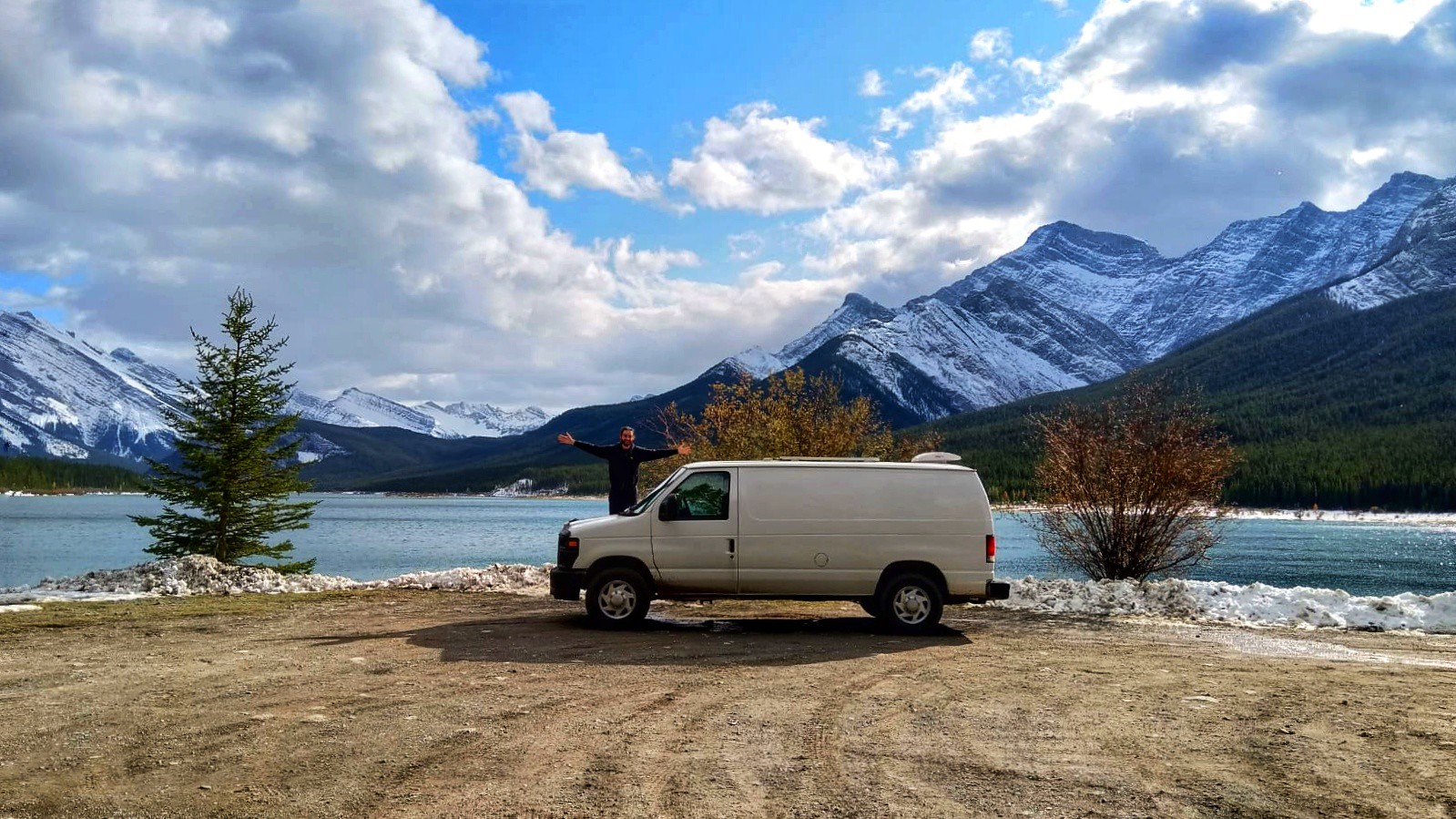 The drive toward Waterton Lakes reminded us a bit of winter in Ontario; it felt a little like being on a vast alien planet. 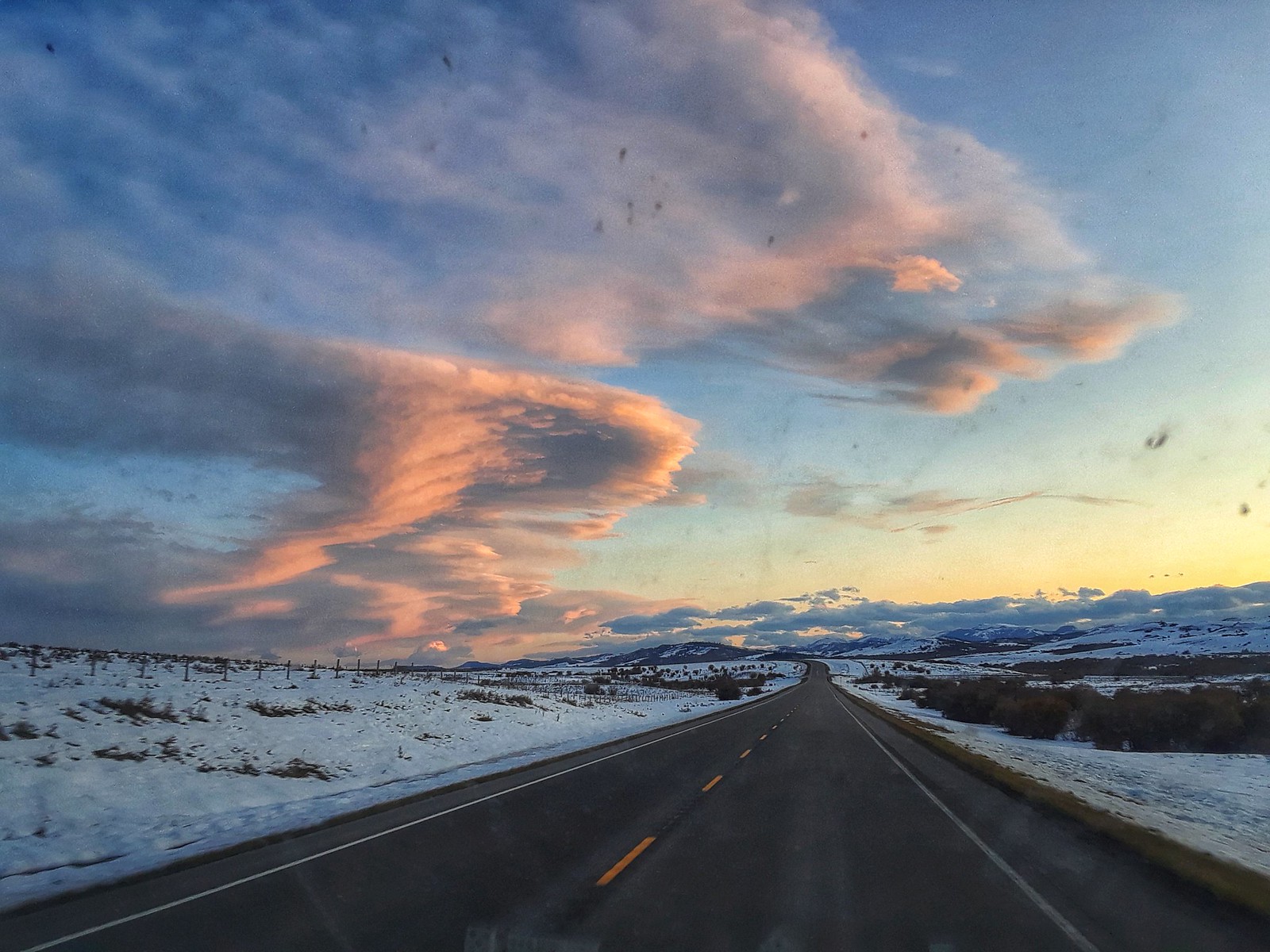 Waterton Lakes National Park was very windy! The “can’t open more than one door on the van at a time” kind of windy! We’re pretty sure we almost completely lost the doors a couple of times! A lot of the roads were closed so we made-do with the spots that we could get to and they were pretty impressive! This is another on our forever growing list of parks to come back to in different seasons! 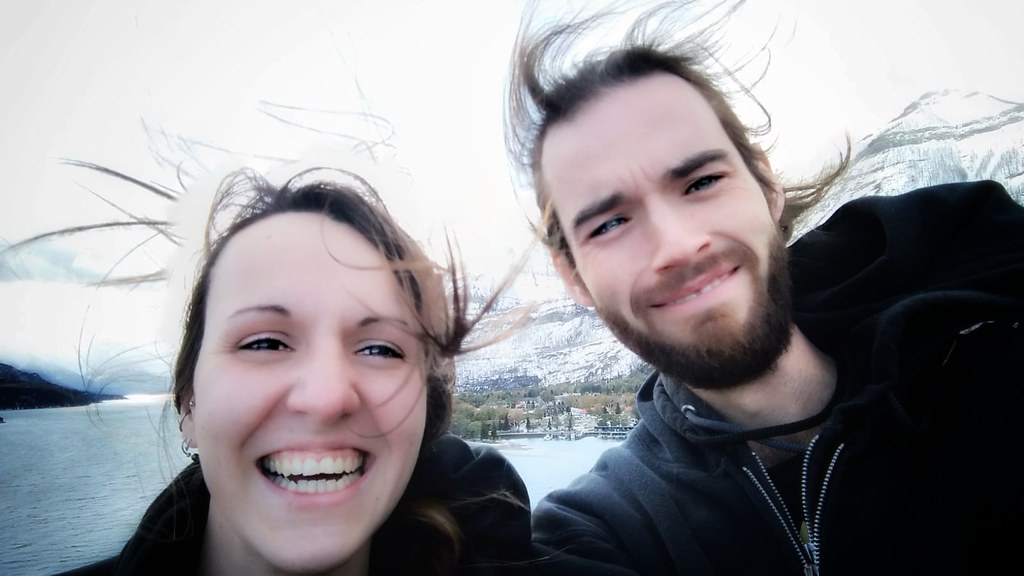 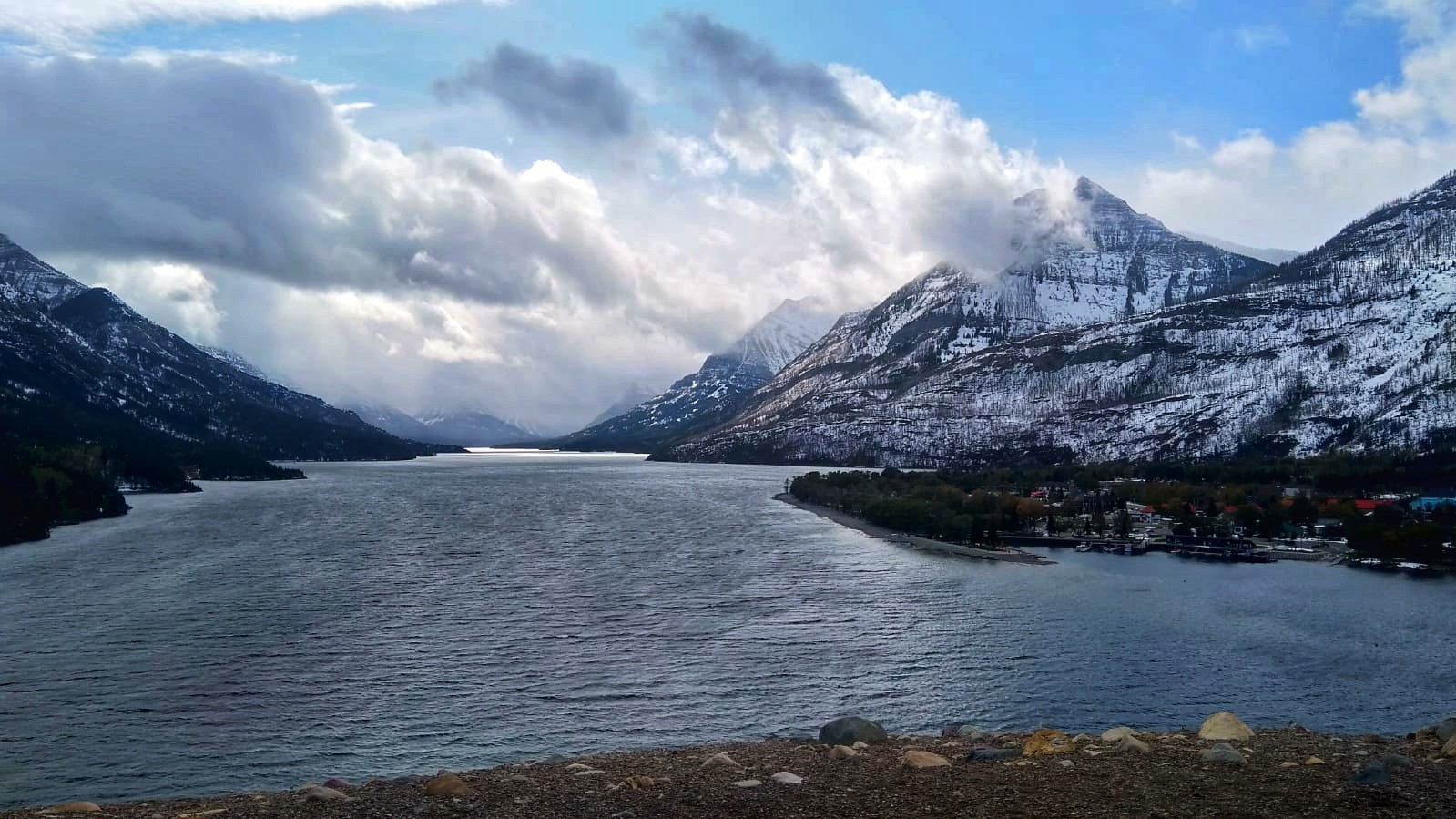 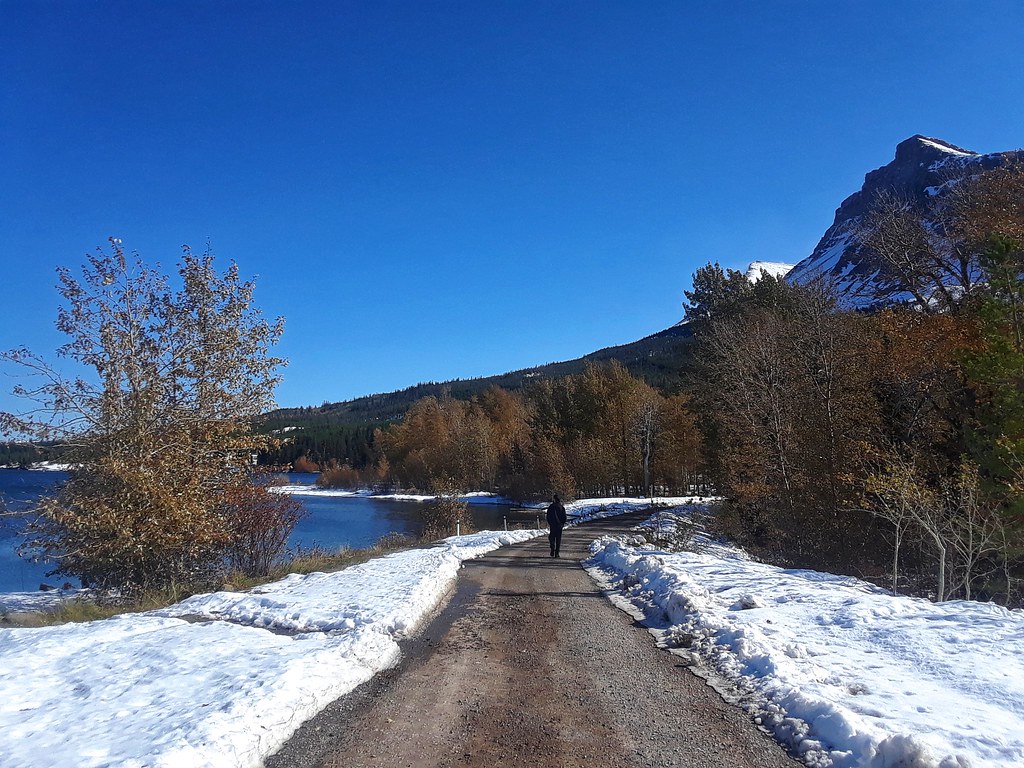 Plus, we saw another black bear! 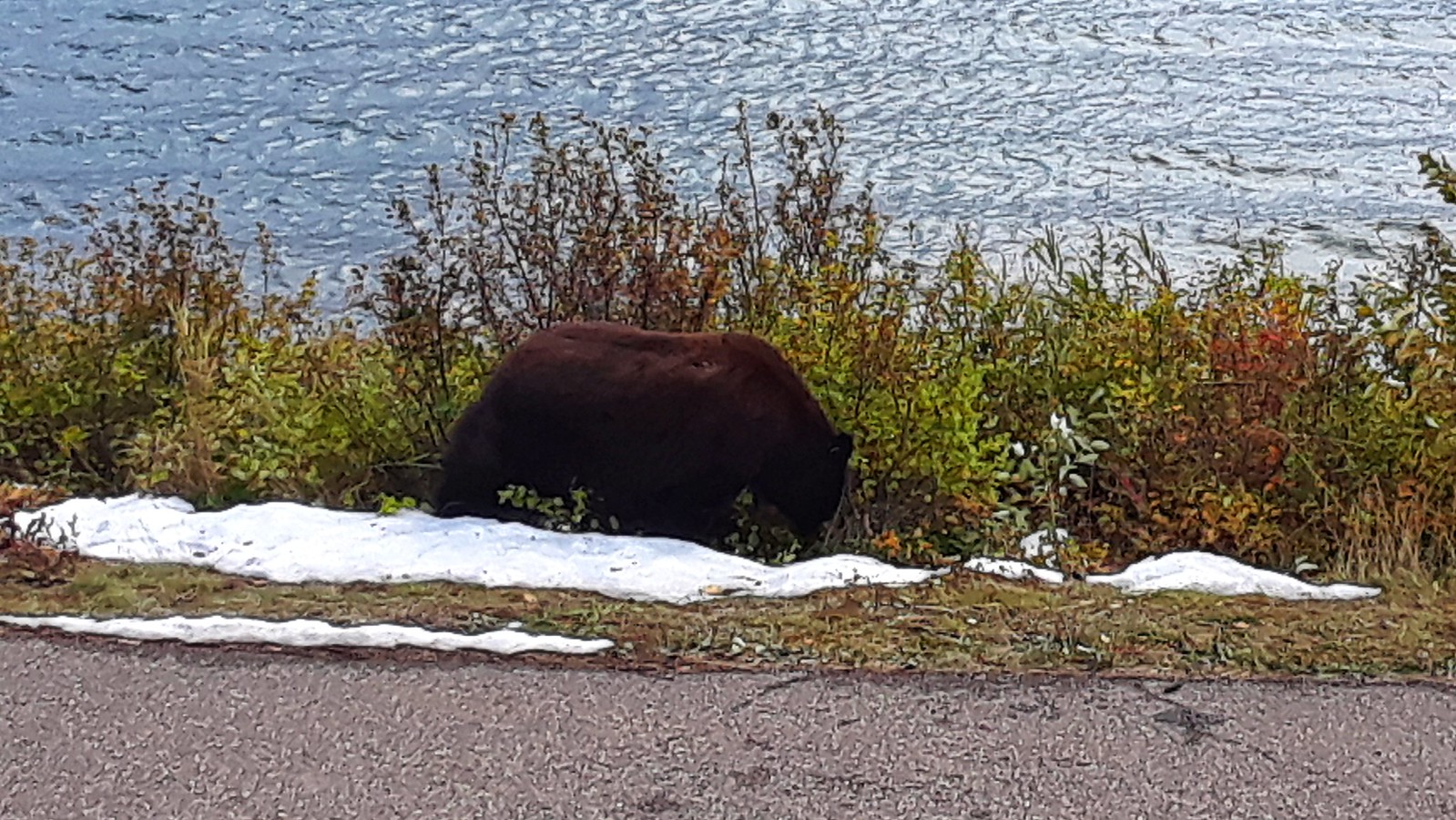