We only had a few days to spend in New York, so there was a lot to fit in! Therefore, in true Dan and Vikki style, we had a lie in and a late start each day before rushing to the bus stop to get into the city! 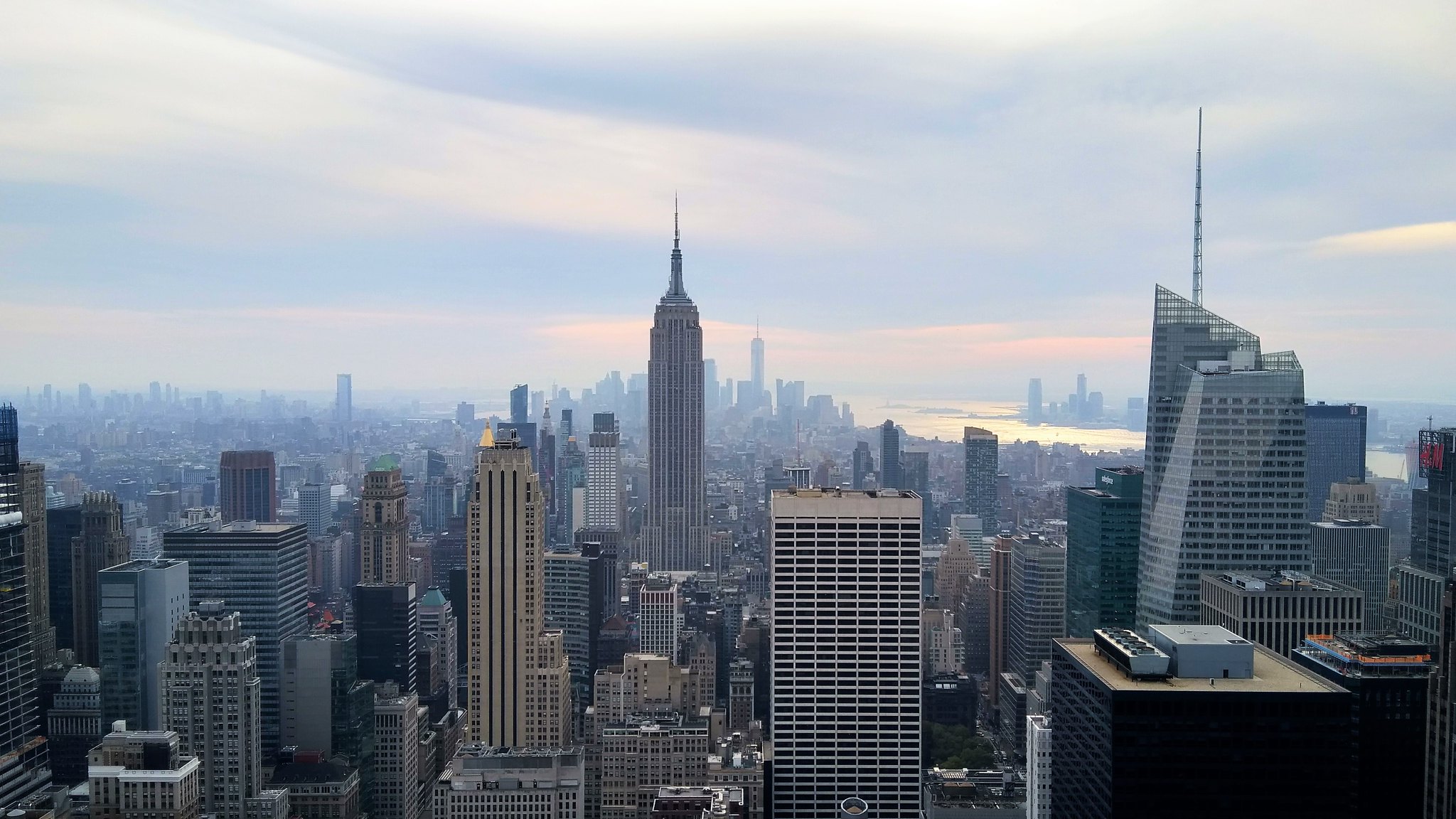 The first stop was the Rockefeller Center as we wanted to see the Empire State building in front of us rather than look out from it. Fortunately for us, the black clouds and rain that had been following us since we’d left Canada took a break for the day so it was a pretty clear view. Even with it right there in front of your eyes, you can’t quite believe the sheer scale of the city (we knew that Central Park was big, but it was even bigger than we had pictured!). 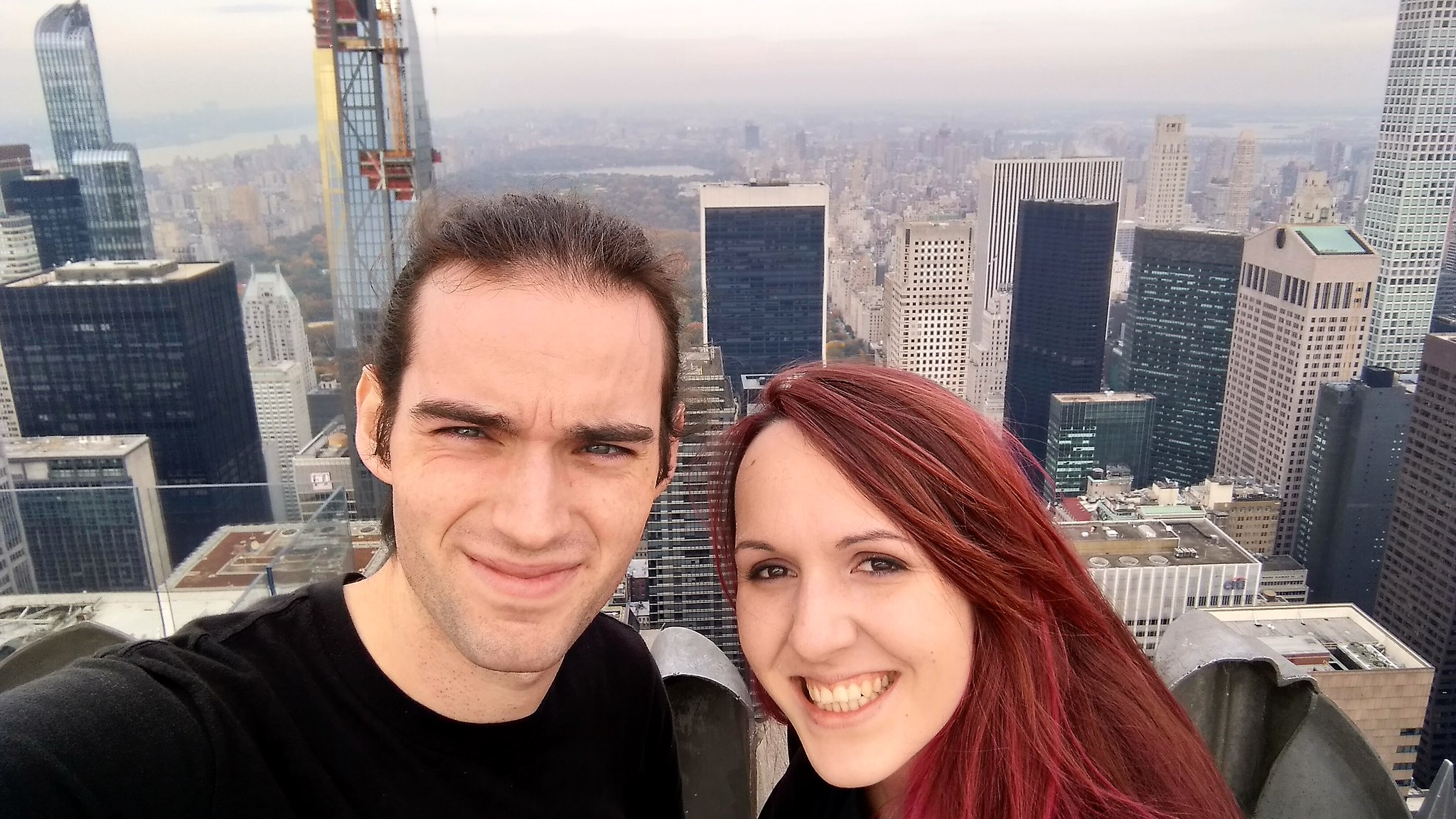 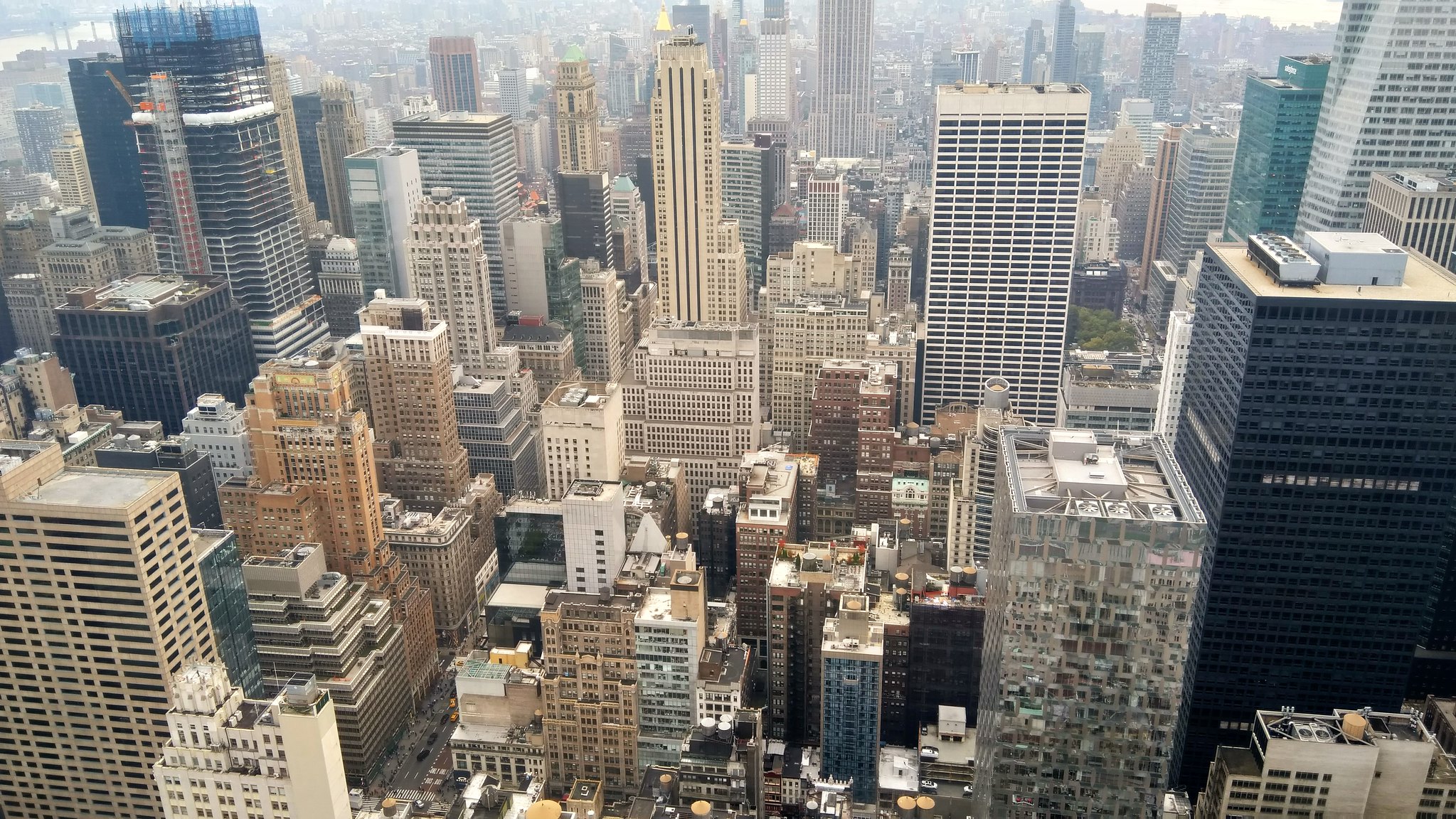 In keeping with impressive buildings, we headed to the New York Public Library and Grand Central station – both of which are beautiful, although Dan was more impressed to be standing in front of the library where the tsumani surged through in the 2004 film The Day After Tomorrow! 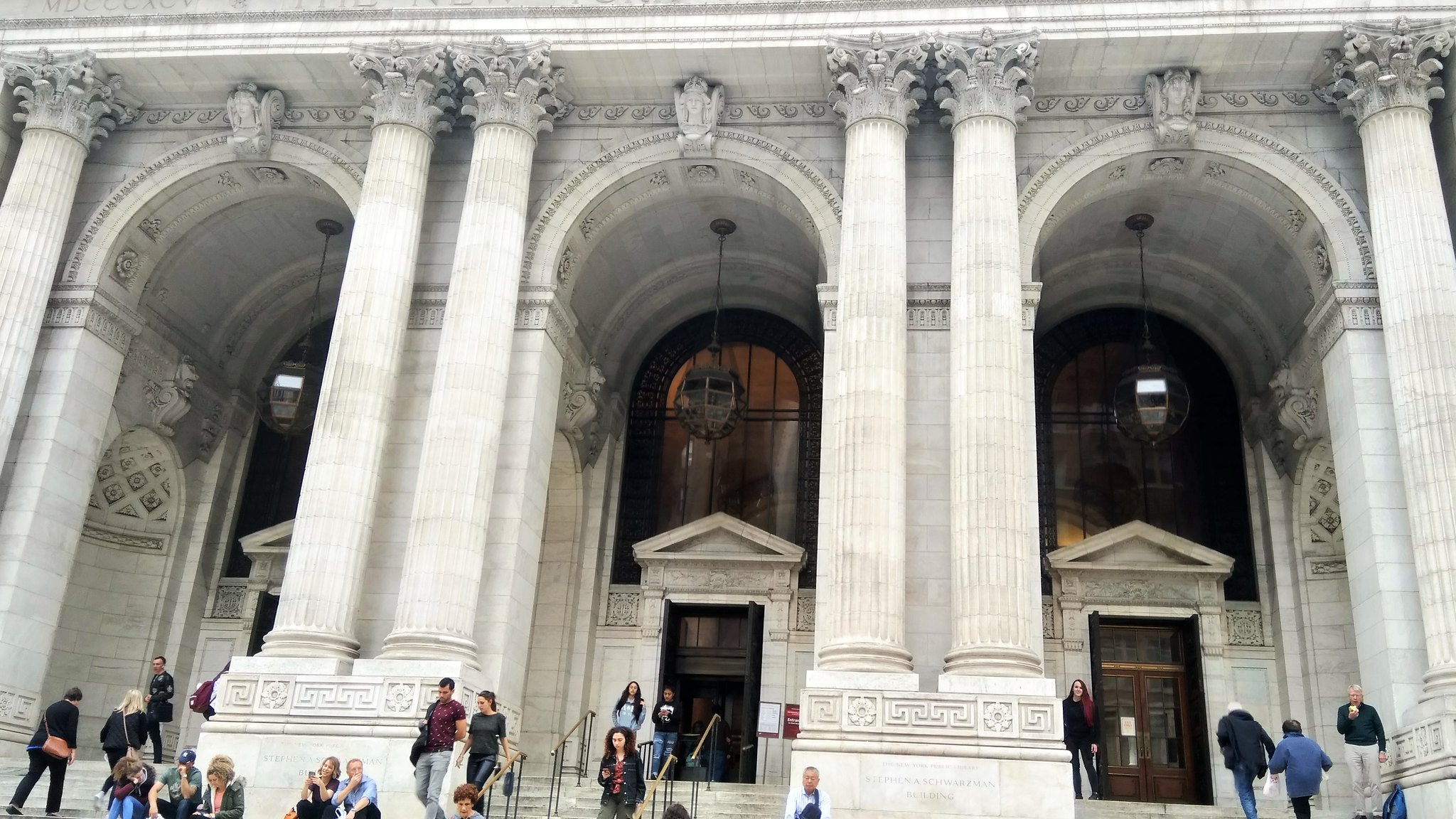 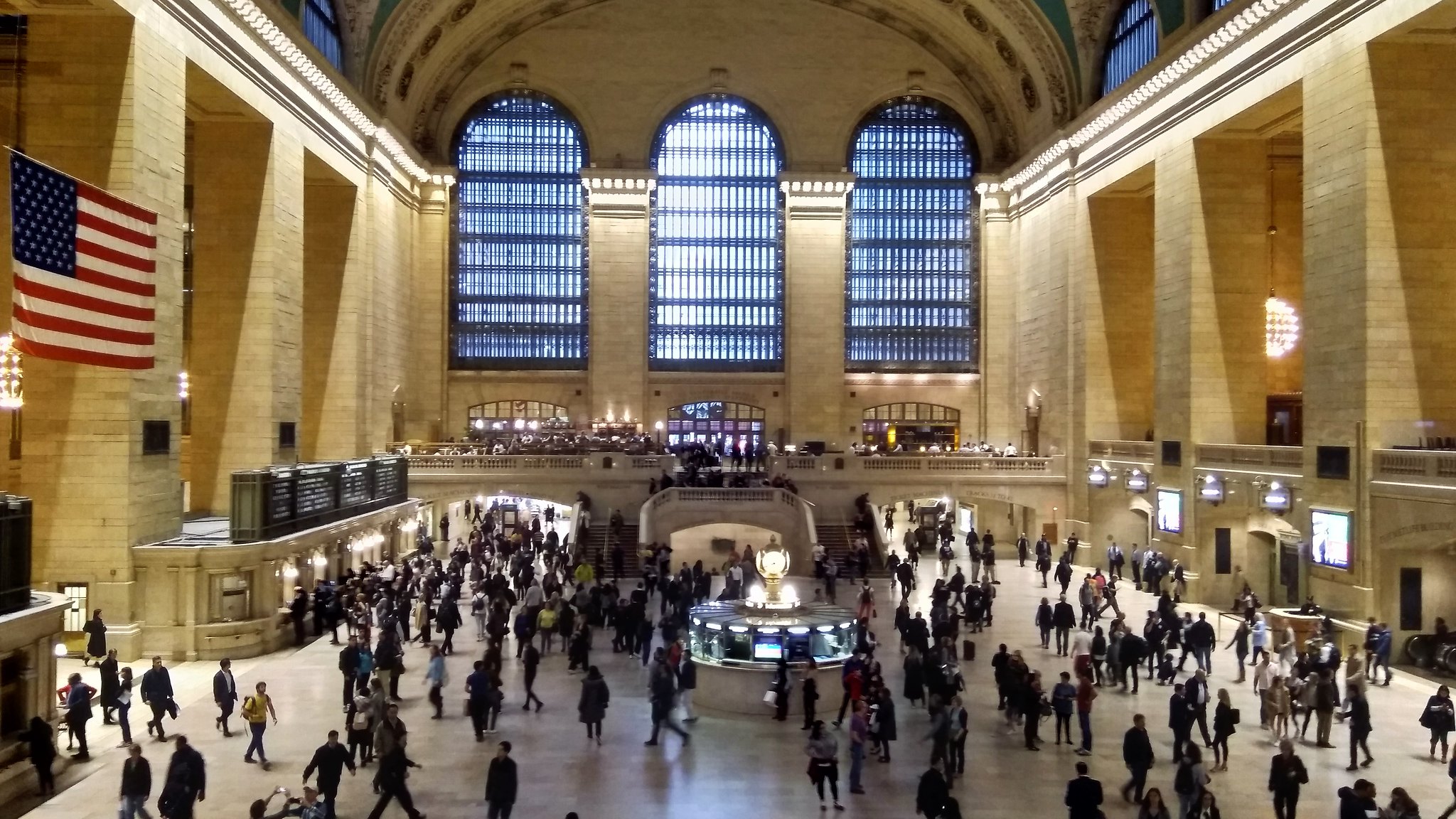 We wanted to see some of Central Park while it was still daylight so ended up walking from the South entrance right up to the reservoir, making a few stops along the way at the Alice in Wonderland statue, the ice-rink and the boating lake. By the time we left the park, it was getting dark and was time to walk back towards Time Square for the last bus back (-sorry feet!), but not before sitting for a while watching the fountains outside the Met (This was Vikki’s favourite bit in New York). We didn’t have time to visit the Met on this trip – that’s a whole day and we don’t want to rush it! That can be at the top of our list for next time! 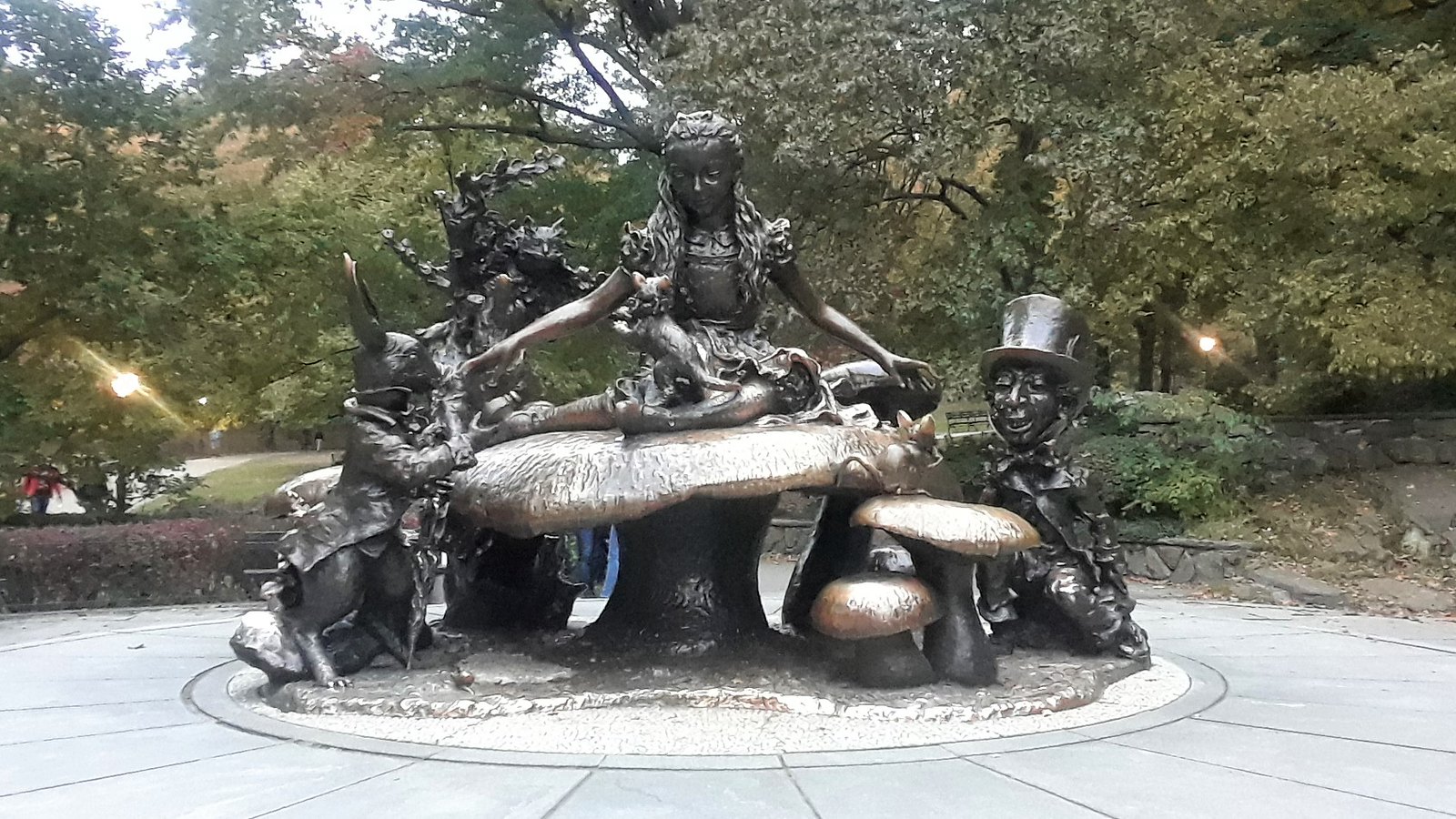 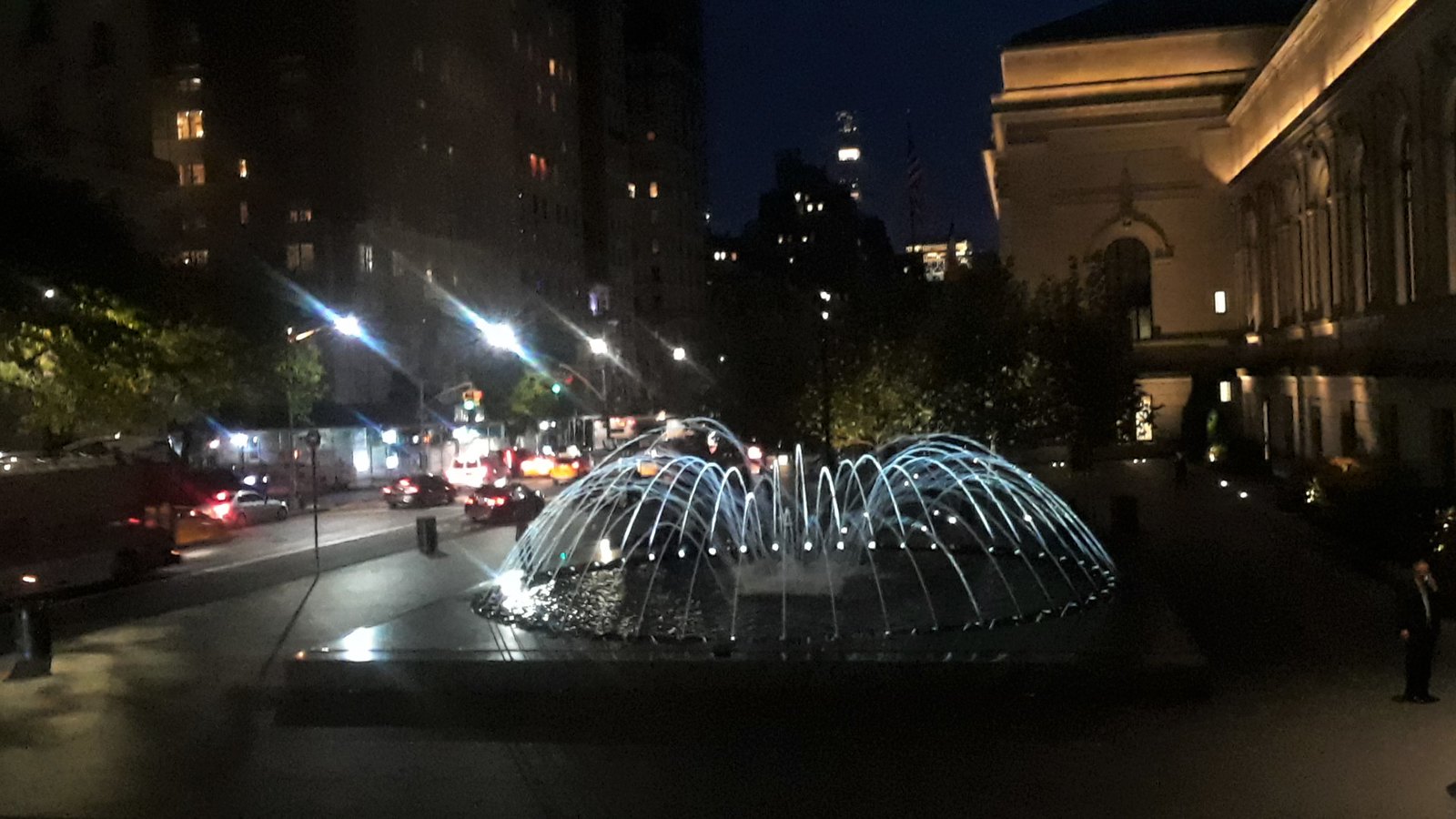 A nice suprise on our evening stroll back was stumbling across a Christmas market, where we found some of the most amazingly moreish melt-in-your-mouth chocolate truffles we’d ever tasted!

A not so nice surprise, however, was that on the short journey out of the city we had both managed to bust an ankle or a leg… Unrelated incidents; equal stupidity. This made the standing bus ride back to New Jersey at breakneck speeds a twisted challenge rather than a simple journey on public transport. 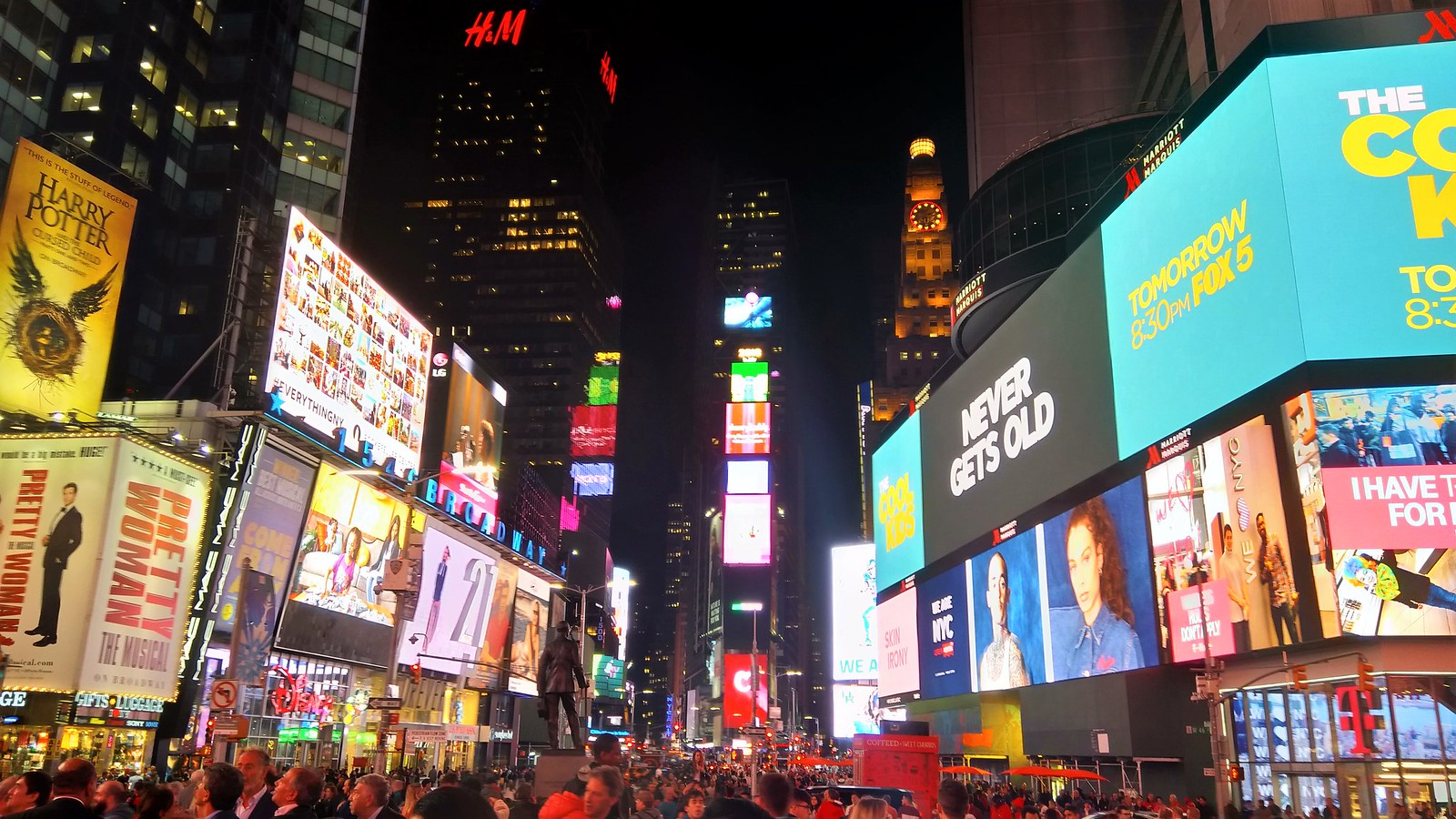 The following day we tried to take it easy given our newly-found inability to walk properly. First stop; the Statue of Liberty. The statue is impressive and as huge was you would expect. What we didn’t expect was that the island it stands on is actually much larger than it looks and made for quite a nice walk. We then caught the ferry to Ellis Island which was an incredibly interesting experience. The buildings have been repurposed as a museum that documents the immigration process that people would have to undergo when first arriving in the USA by boat – well worth a visit if you find yourself with some time in the city. 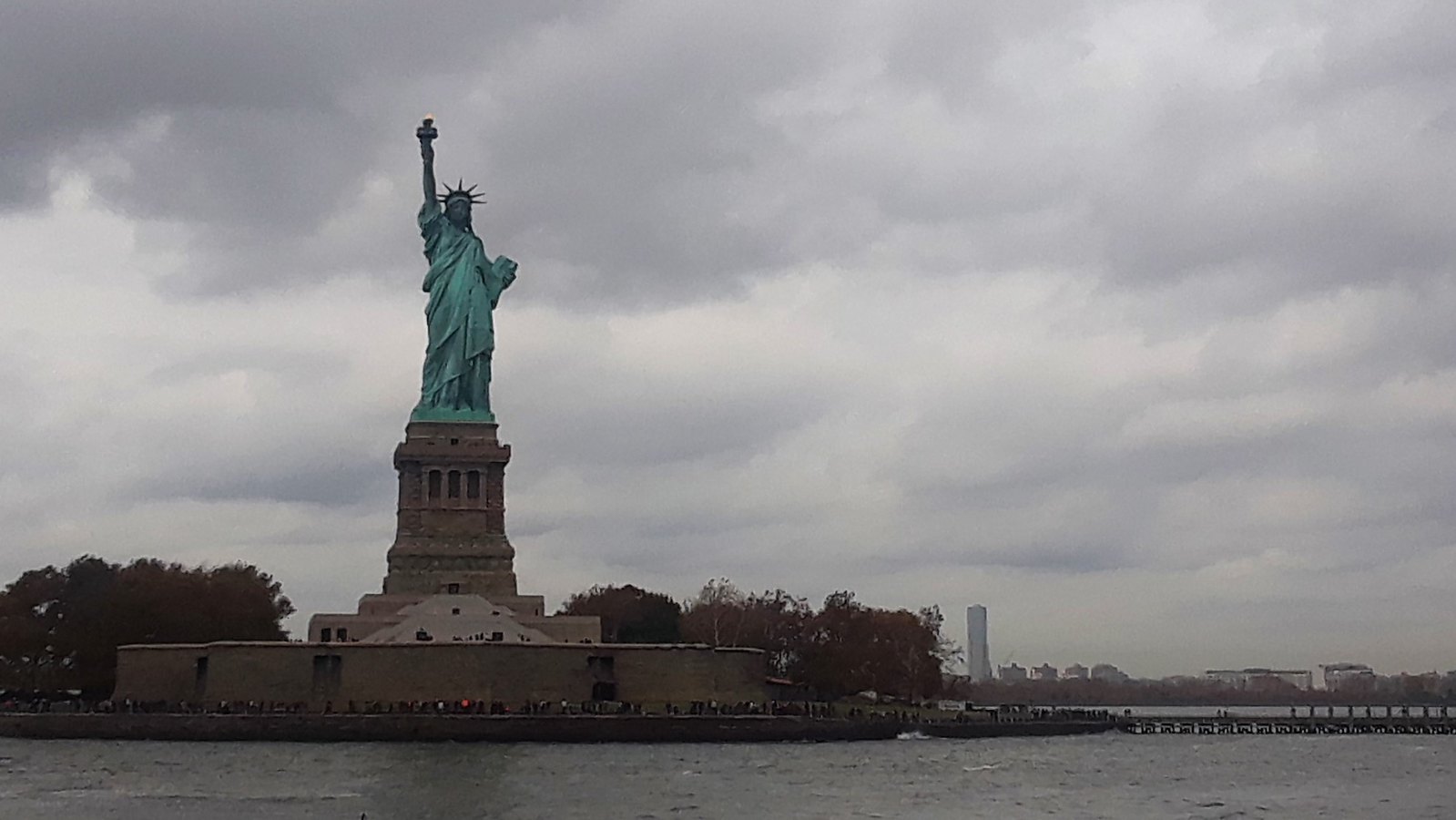 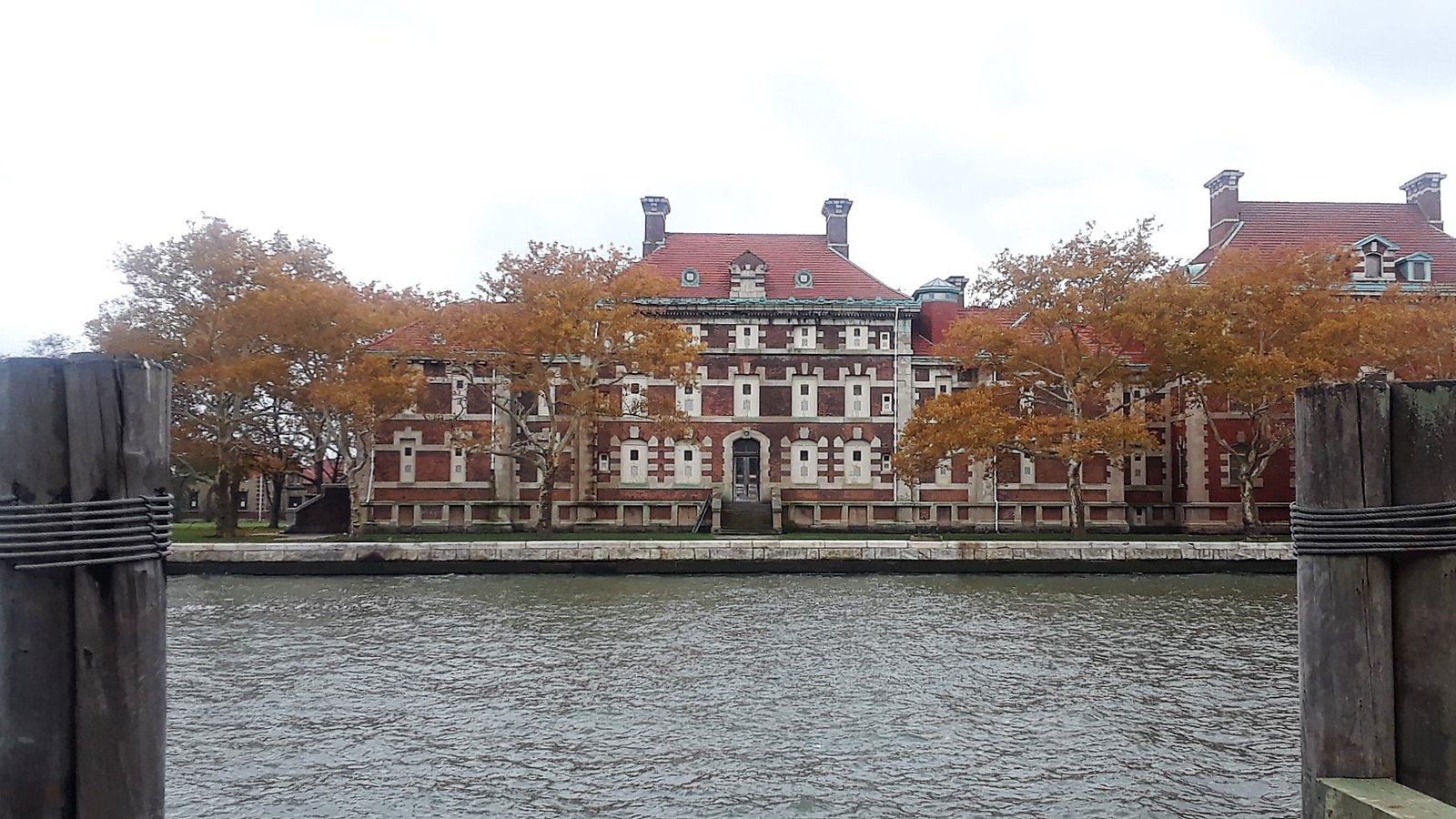 By the afternoon we felt more confident in our feet so got the subway to the Northern end of the Highline and walked the full lenth of it – in some parts Autumn was favourable and it was full of colour, in others not so much. It was a lovely walk and we’d worked up an appetite by the end. After detouring to go past the appartment building that features in Friends (it’s very bizzare seeing, and being, people who will wander to the corner, look around a bit to see if anyones around and quickly snap a photo and then scurry away) we continued our walk and went to get some delicous pizza in Brooklyn. 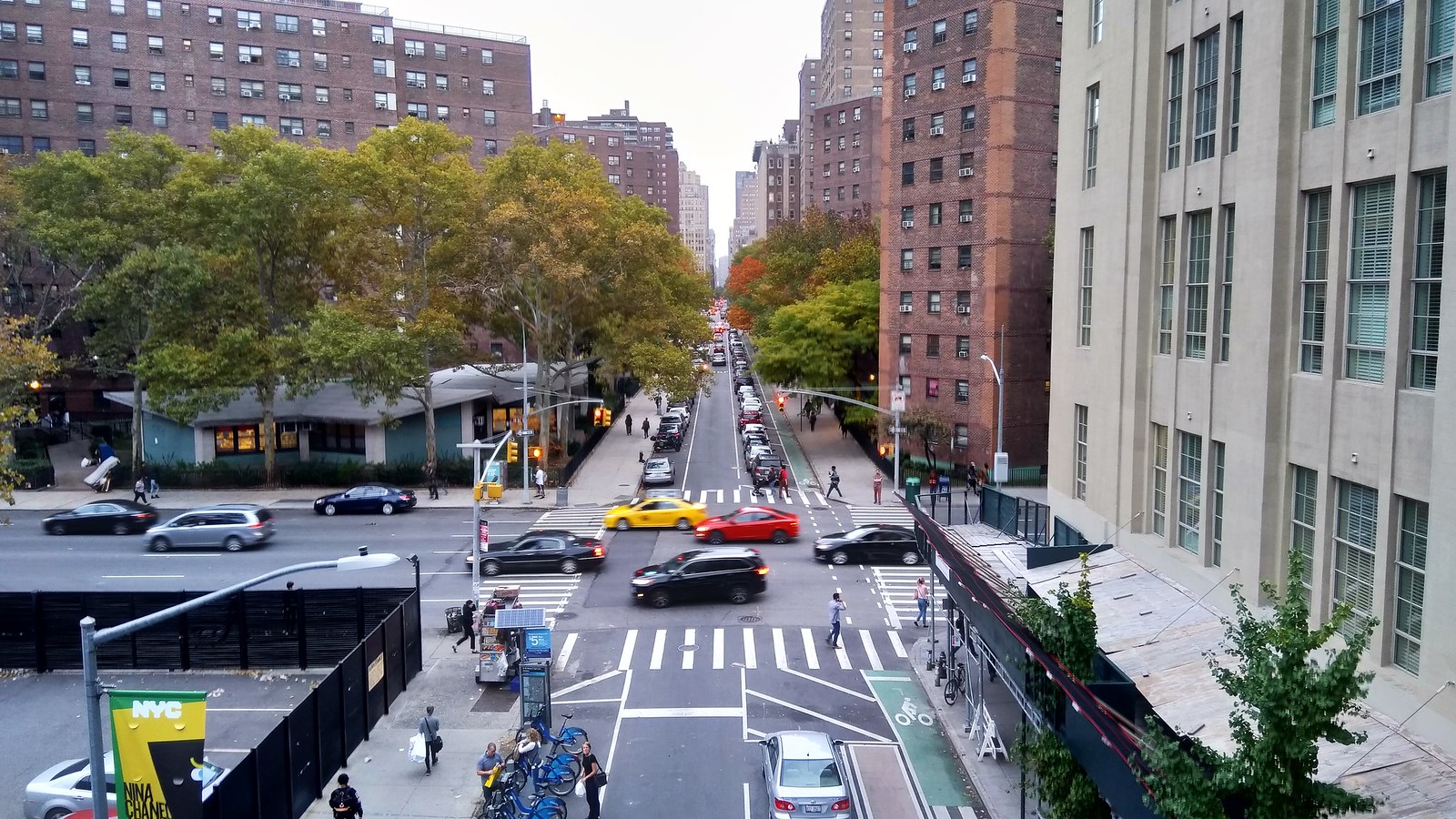 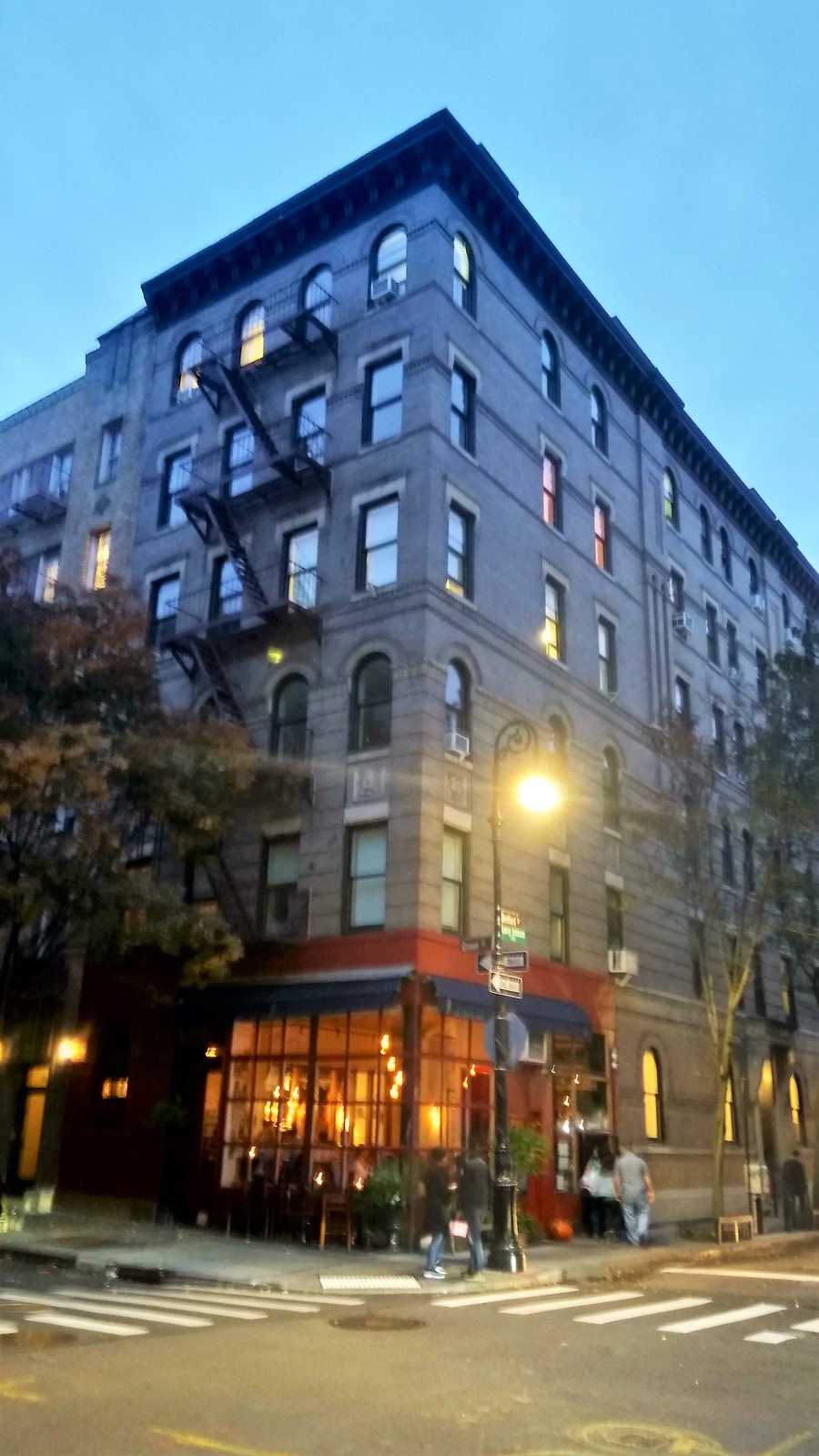 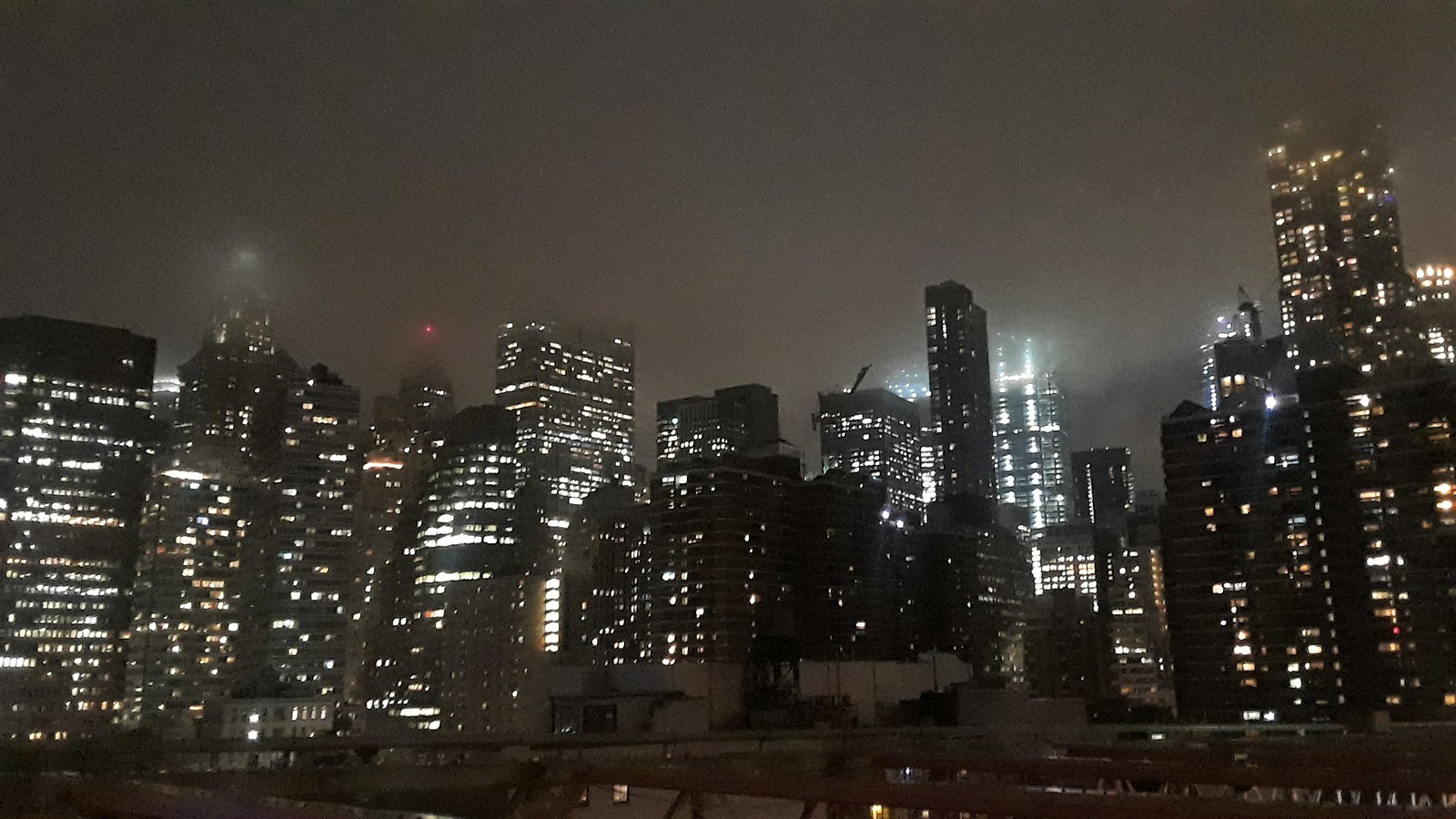 After just two days it was time to say goodbye to New York, we had seen a lot and were exhausted but there’s still so much more we’d like to do, so coming back is a must!