Ever since we decided to come to Canada, we said that we’d have to walk on a frozen lake. To anyone in North America, this probably sounds like a normal winter experience – but back in the UK the cold temperatures would never be able to freeze more than a puddle, let alone a lake, so it felt like we were going completely against our instincts to walk on a frozen lake!

There were a few inches of snow from the last week so it was nearly impossible to tell when you went from land to ice, and if it weren’t for a few patches where the snow had been pushed away you wouldn’t even know that you weren’t on solid ground! 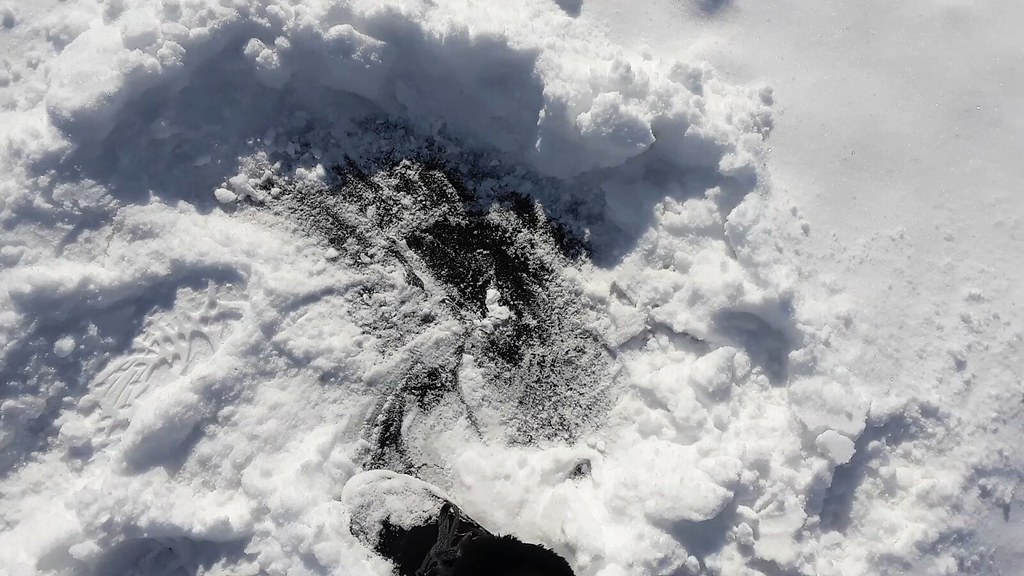 We (only) went a thousand feet or so out to take in the views and watch as snowmobiles glided across in front of us (much further out than we were). There were a number of people out walking on the lake and a fair few small huts and tents were scattered around for ice-fishing. Bizzare doesn’t quite cover it and there was a quiet sense of relief when we were back on real land! It’s amazing to think that a few months ago we were right here enjoying the sun while people sat around barbeques and swam in the lake that was now frozen enough to walk on! 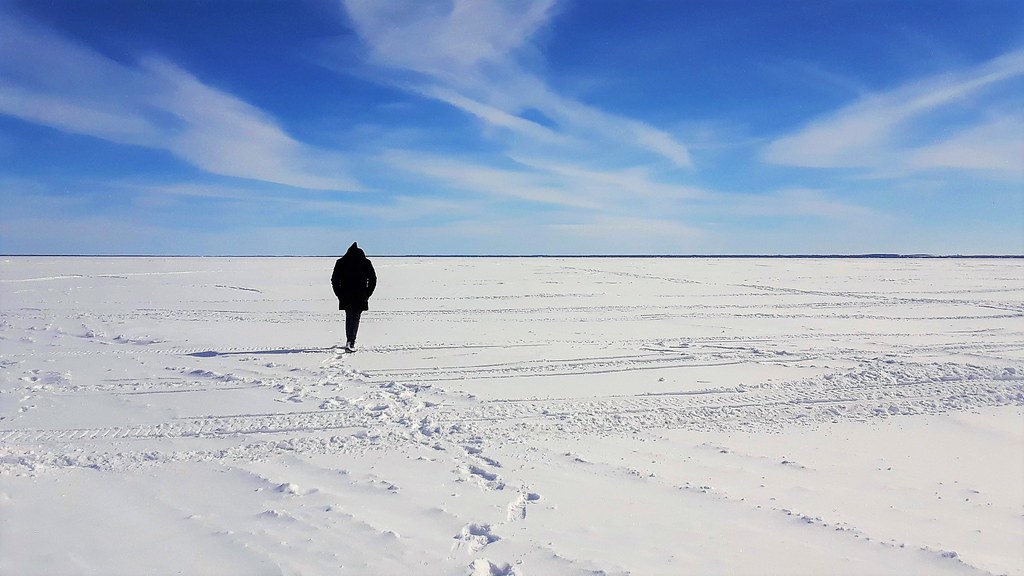 There were some organised events going on on this part of the lake and a lot of people and families already walking around – we didn’t go anywhere that was not clearly safe. And even taking those precautions, never do this without people around. 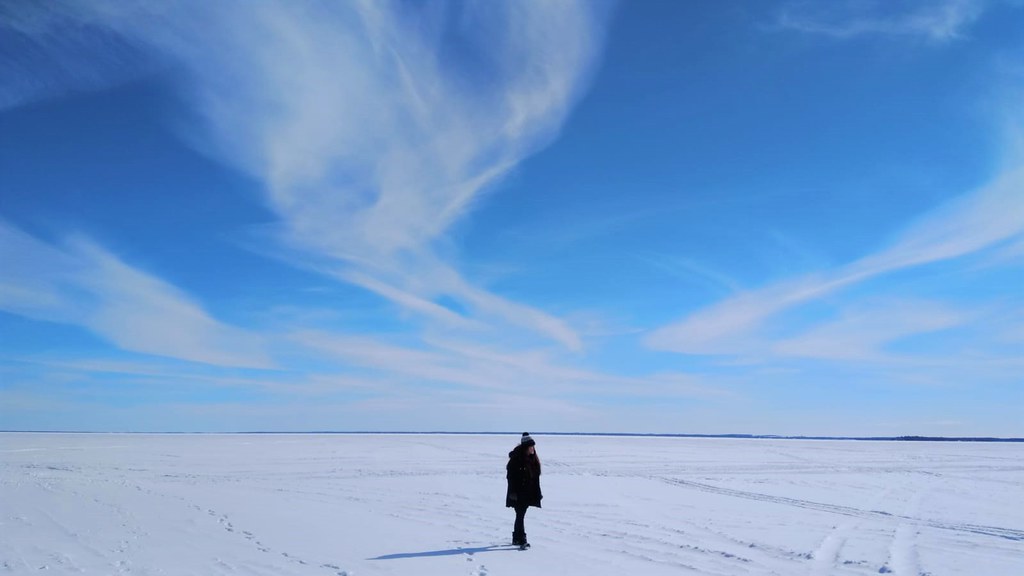