After a chaotic drive trying to escape the confines of the city, we were finally out of Ottawa and back into the countryside as we headed towards Montreal. We started to get a bit sick of driving on highways constantly so we decided to weave our way through the back roads, which was a very enjoyable drive. We passed through tiny villages and got to see some really cool fall/halloween displays (there were lots of pumpkins and creepy scarecrows lined up by the sides of the road!). 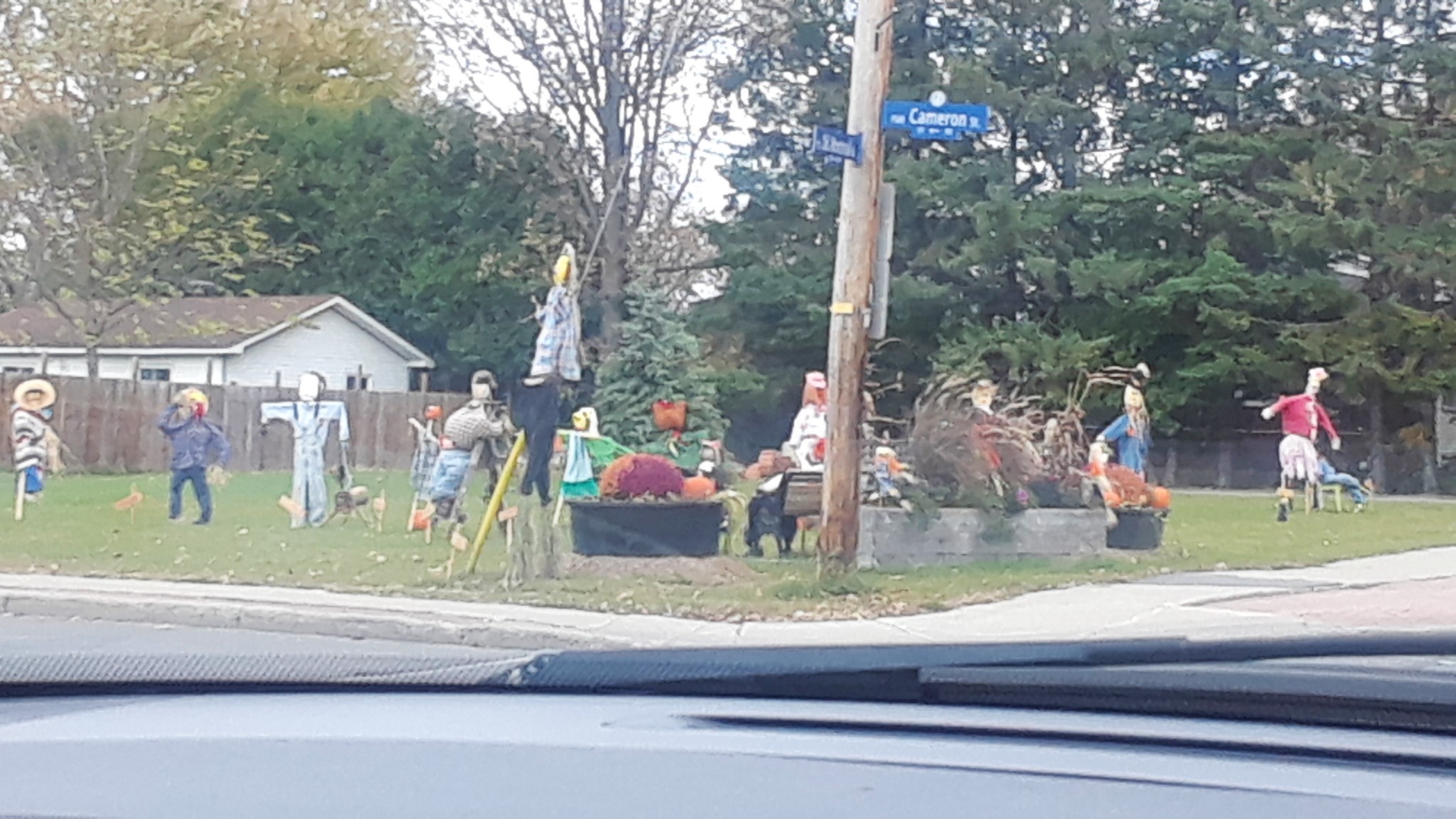 Even though Ottawa to Montreal was a shorter drive (in theory), once we hit the city traffic things got a bit hectic. Junctions to leave the highway had almost no warning before appearing, usually too late, and we ended up lost in the maze of one-way roads that snake back and forth across the city. Coupled with a severe lack of parking, no ATM’s to get cash to pay for the parking that we DID find, and construction on every other road… we slowly began to lose our sanity. After what seemed like an age, we managed to find some parking and checked in to our hostel for the night. 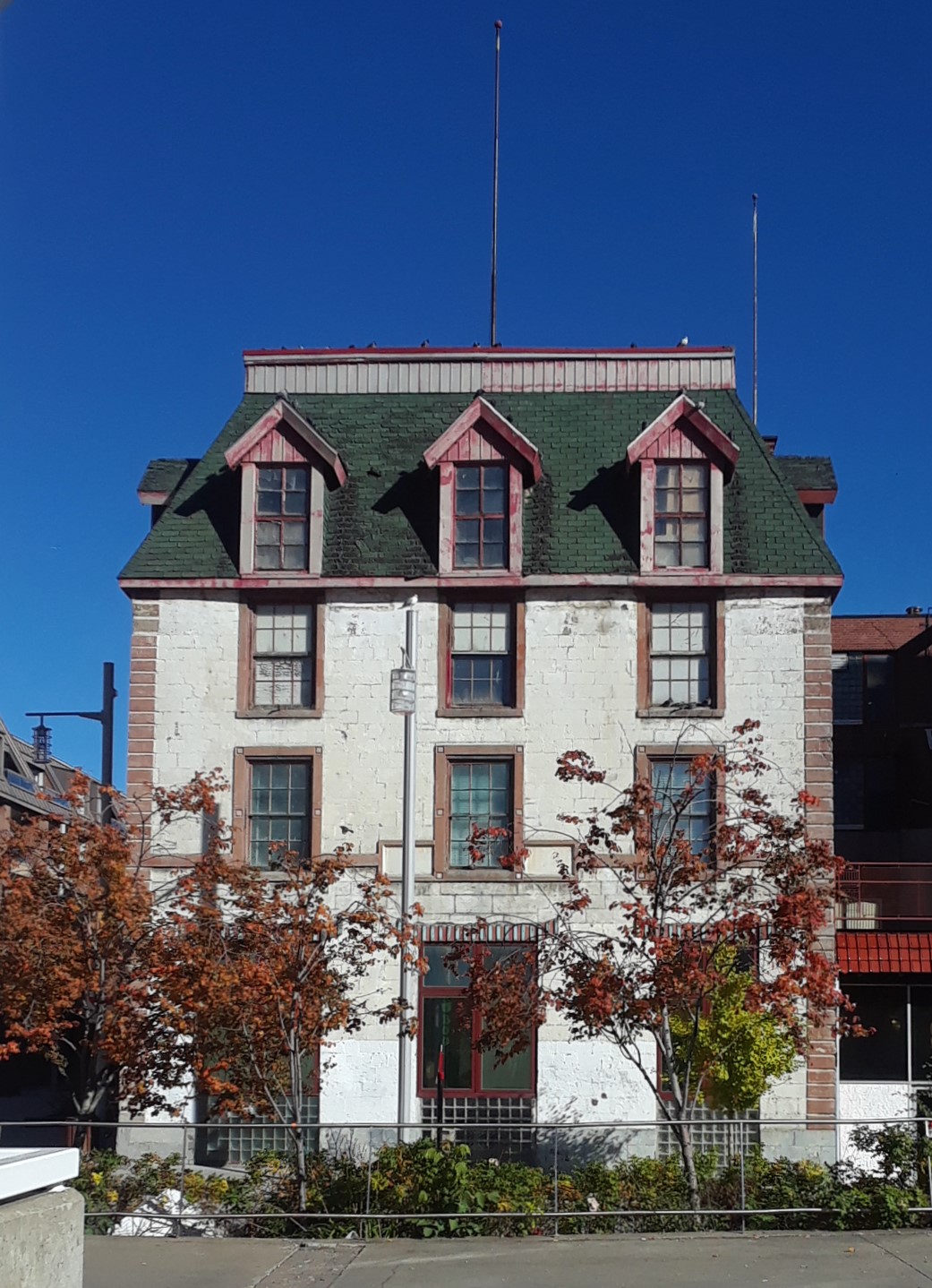 Once we’d checked in, we decided to pop out and see a bit of the city so we hopped on the subway and set out in search of the Quebec equivalent of the LCBO (called the SAQ). The subway was entirely in French but we somehow managed to get to where we were aiming without too much difficulty. When we arrived at the SAQ, all of the signs were upside down and the bottles on the shelves were turned so that the names/brands weren’t visible – this turned out to be related to a dispute over pay and working conditions between the SAQ workers union and the Quebec government. We then returned to the hostel to work out our plans for the next day… 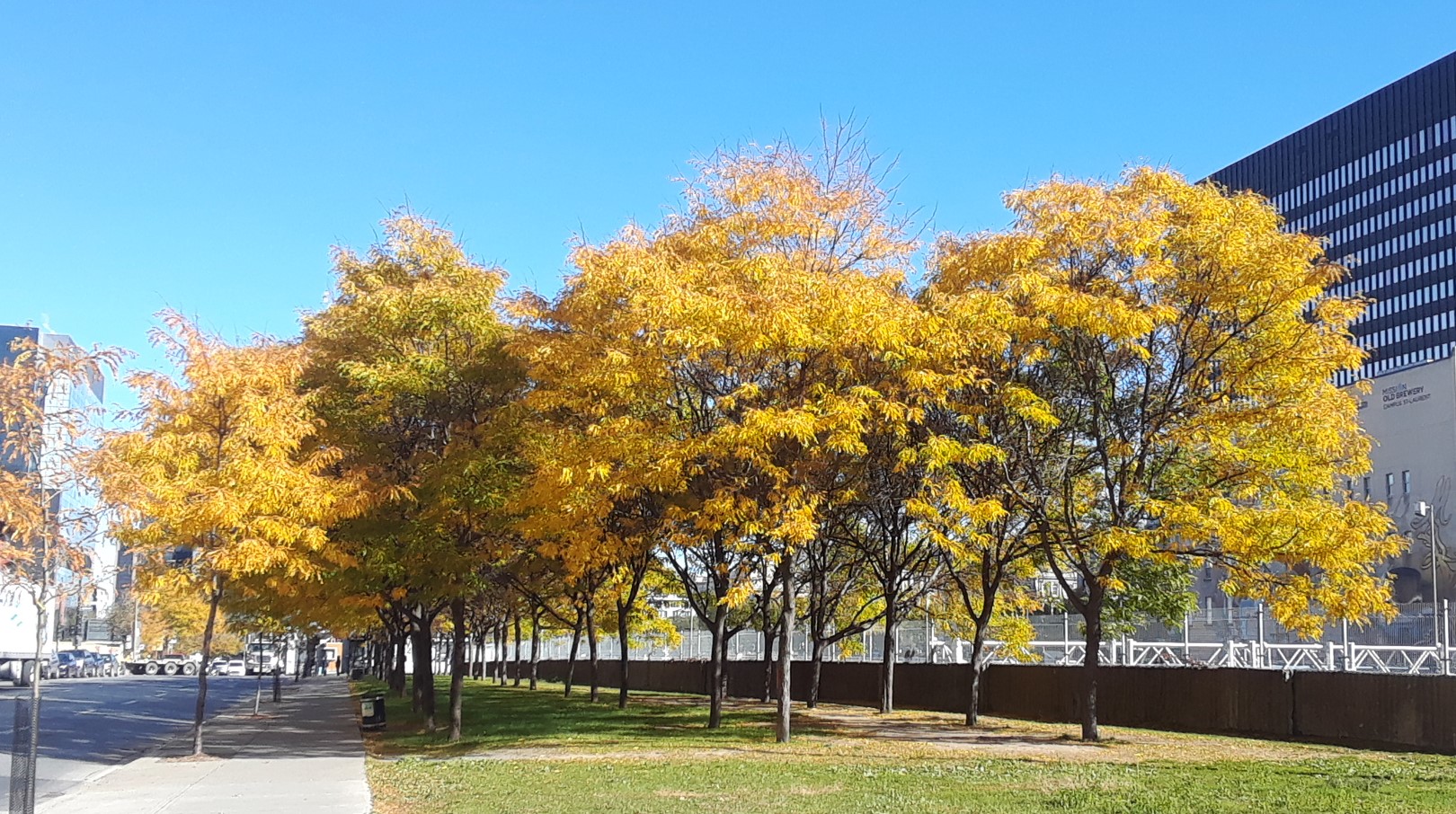 It was a particularly cold day when we awoke and, because we had not yet had a chance to get many winter clothes (seeing as it is still October!), we put on practically every piece of clothing that we owned in order to layer up and keep warm. First stop of the day was Notre-Dame Basilica, in the historic district of Old Montreal. 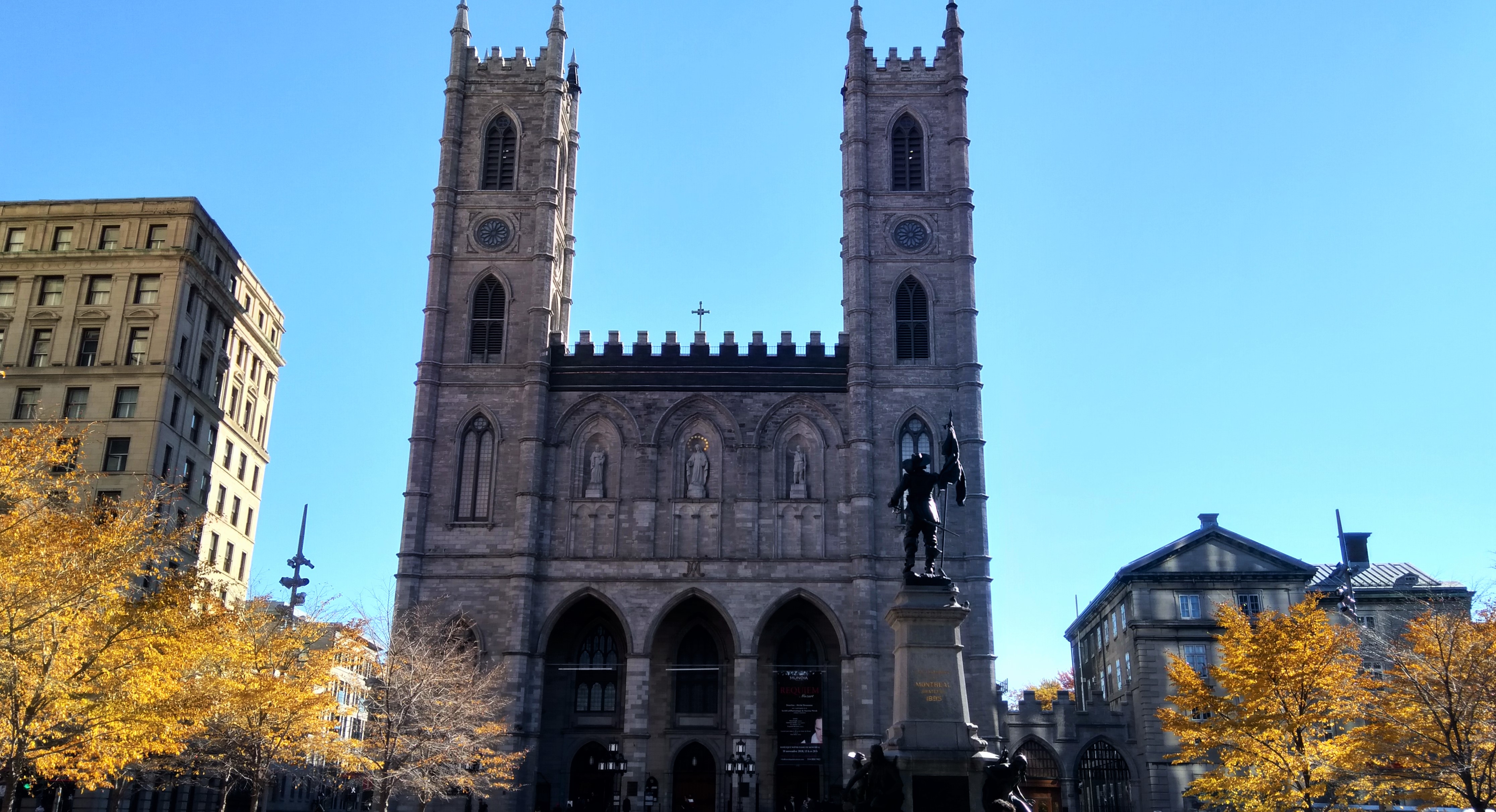 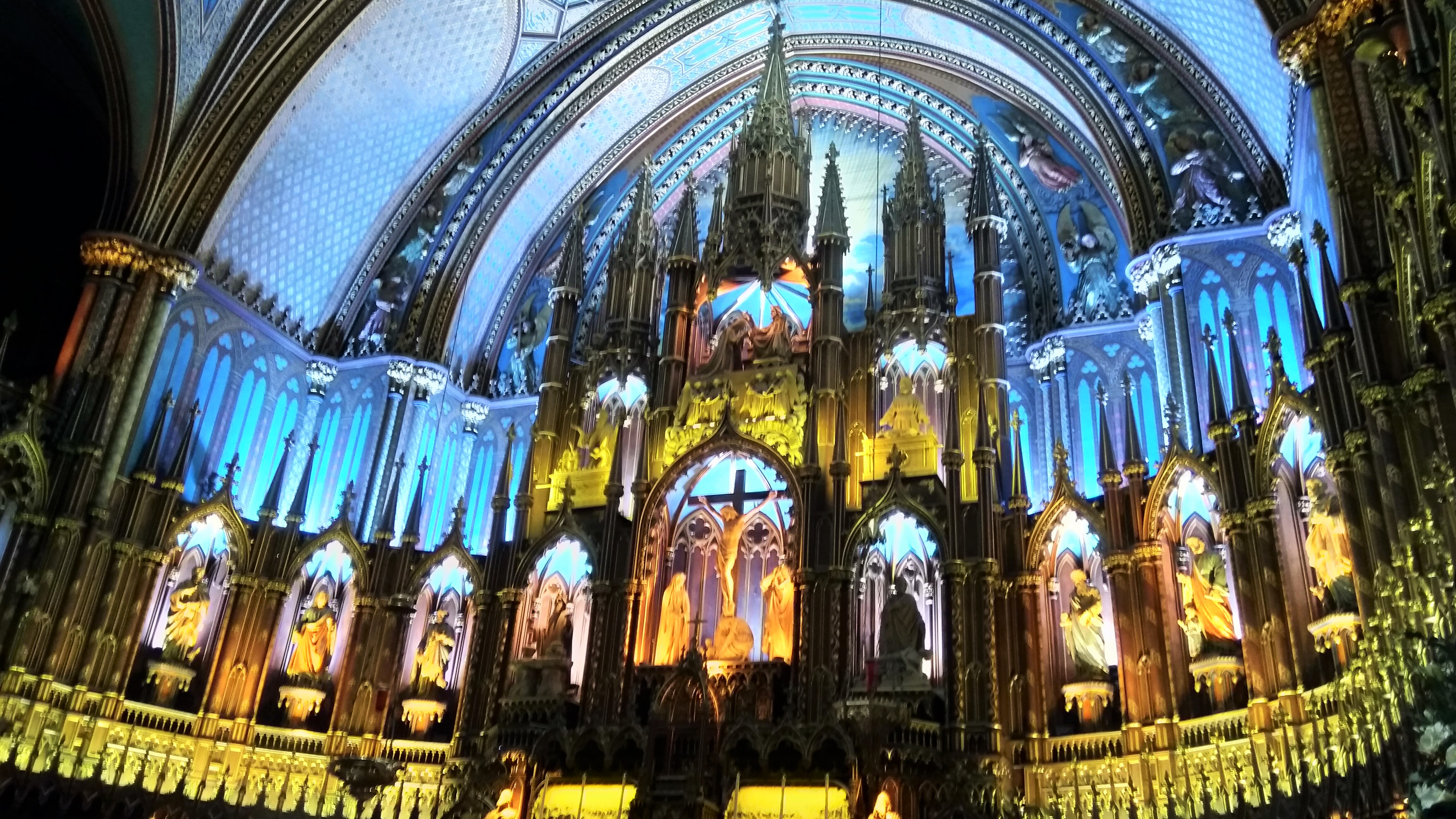 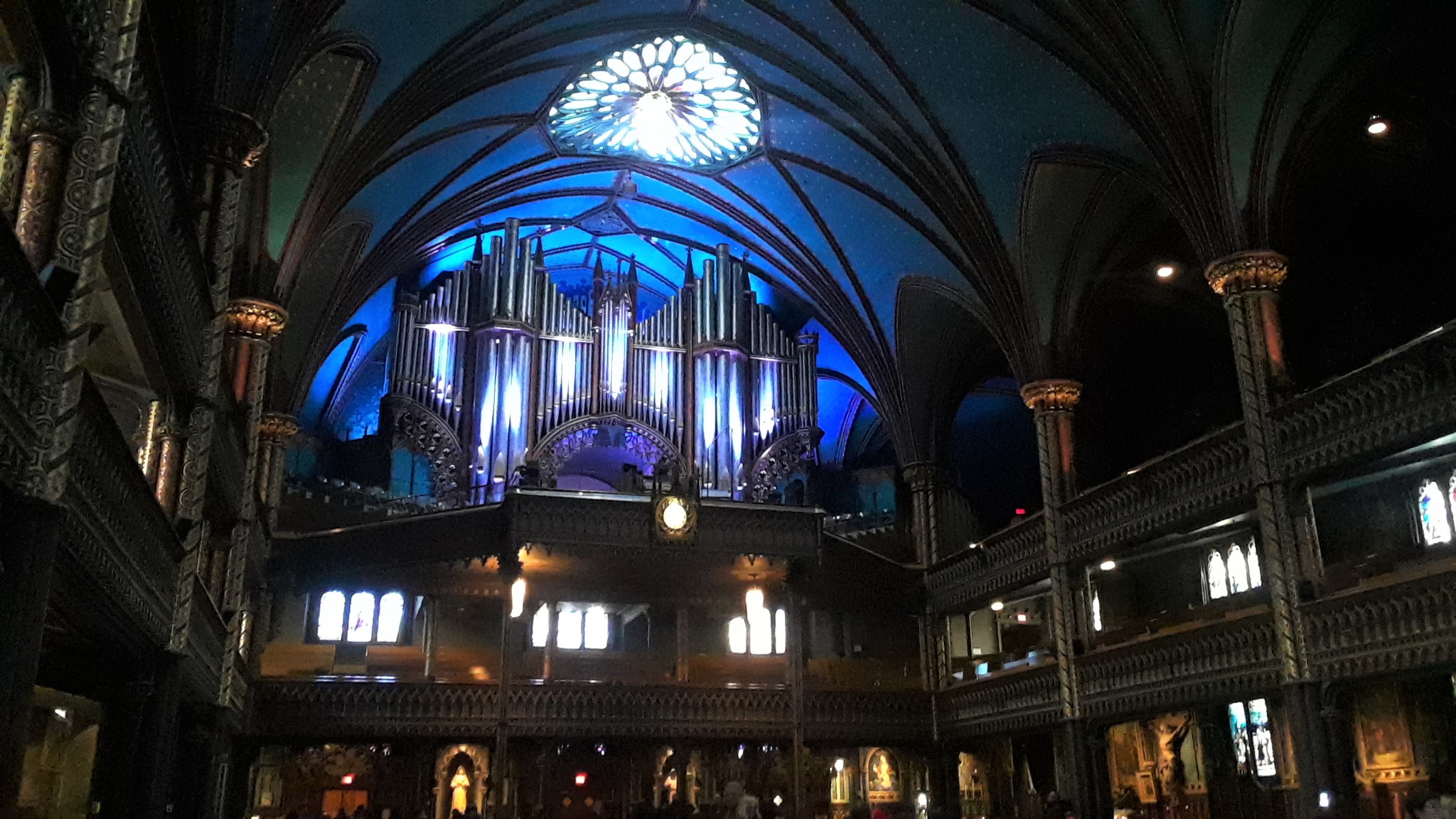 After the Notre-Dame Basilica, we headed over to the Old Port. Not too much remained here, but there were some lovely parks along the side of the river which looked like they would be really nice if the temperature wasn’t hovering around the freezing mark! We then headed off to get something to eat for lunch, which was when we finally noticed that there were no English menus in any of the restaurants – doh! After trying to summon some of our GCSE French knowledge, we gave up and decided to play it safe by going to Burger King… 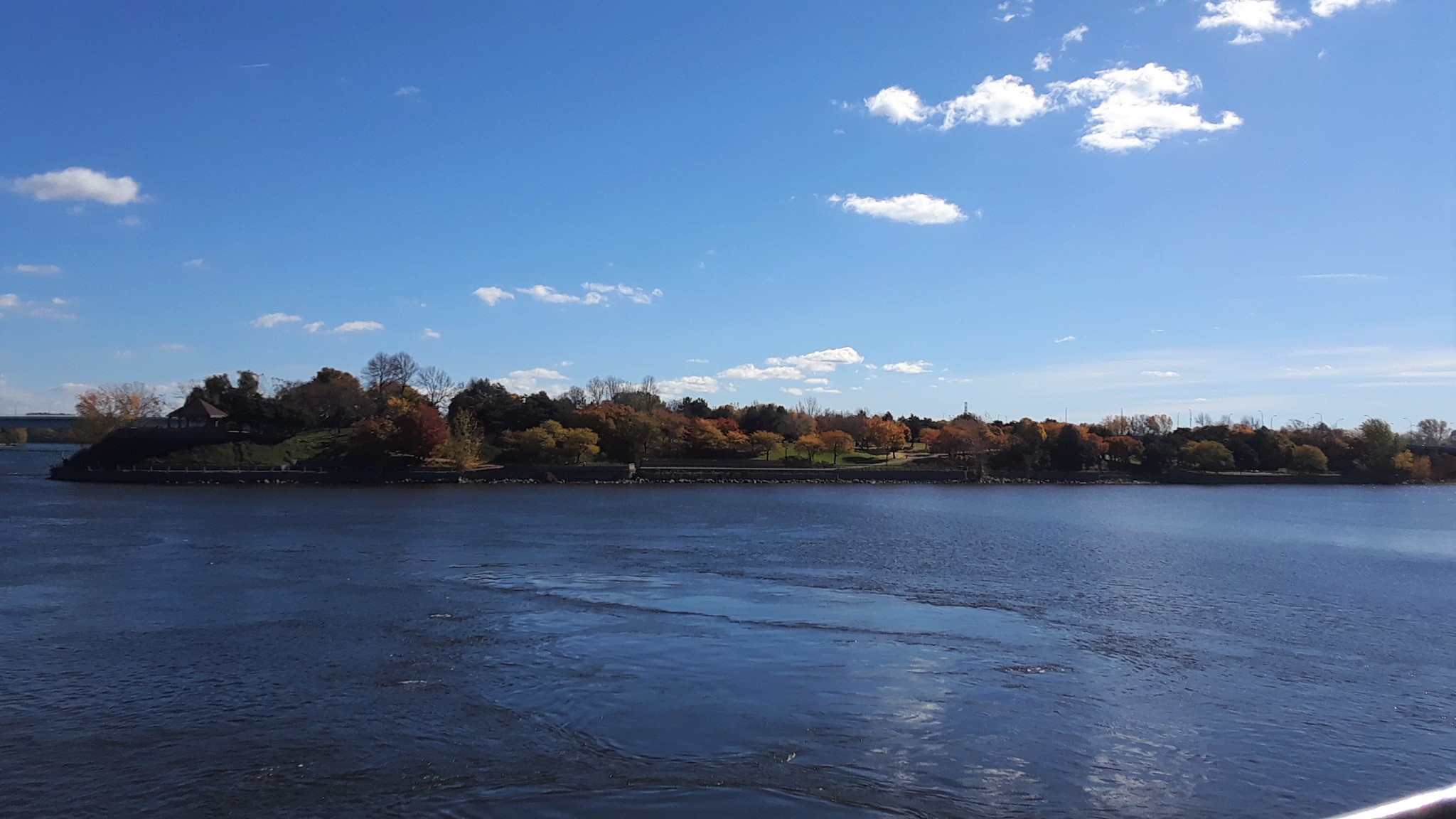 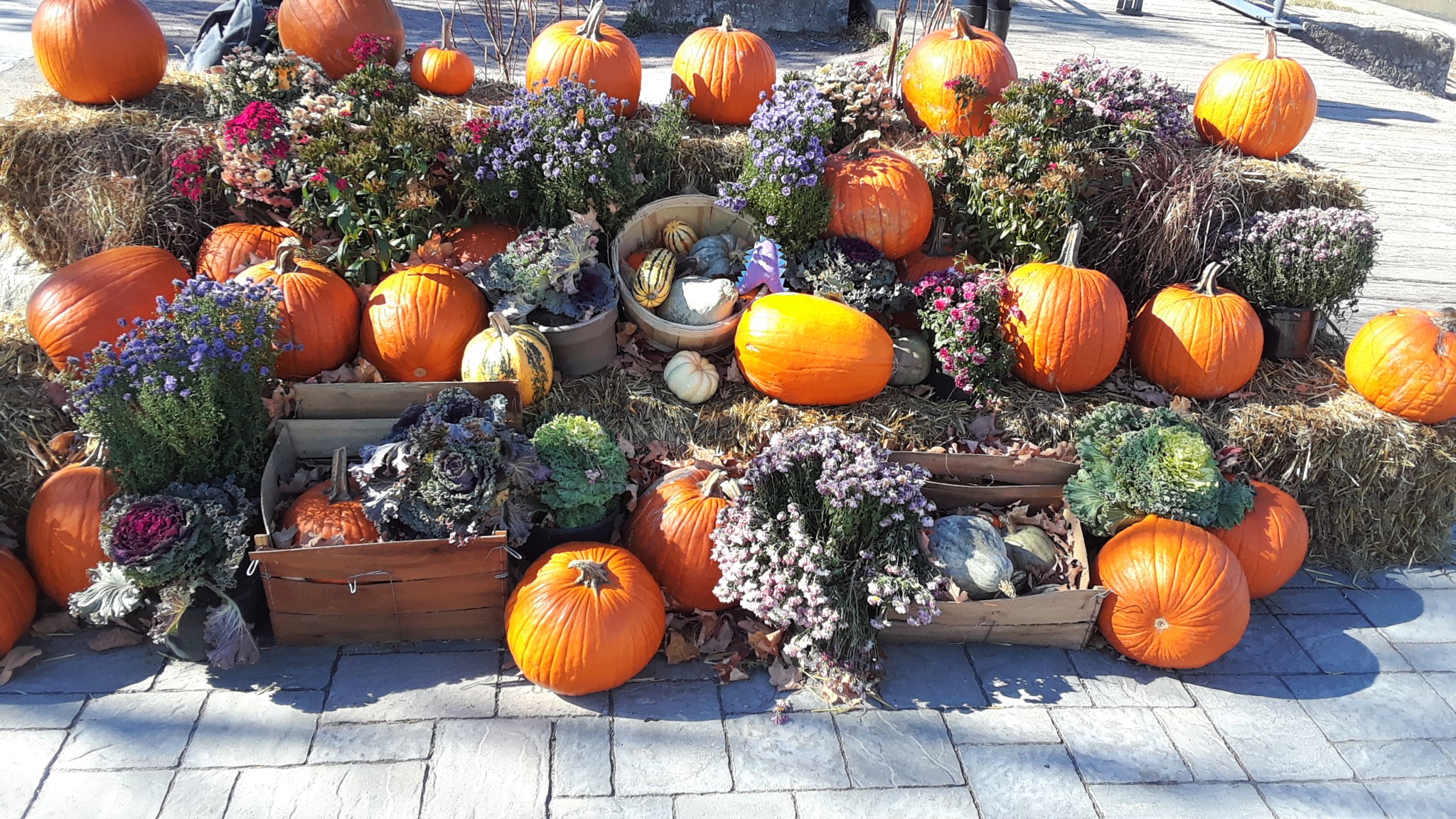 We attempted to burn off the greasy burgers we’d just scoffed down by walking around Mount Royal – a small mountain right in the centre of the city! The autumn colours here were in full force! 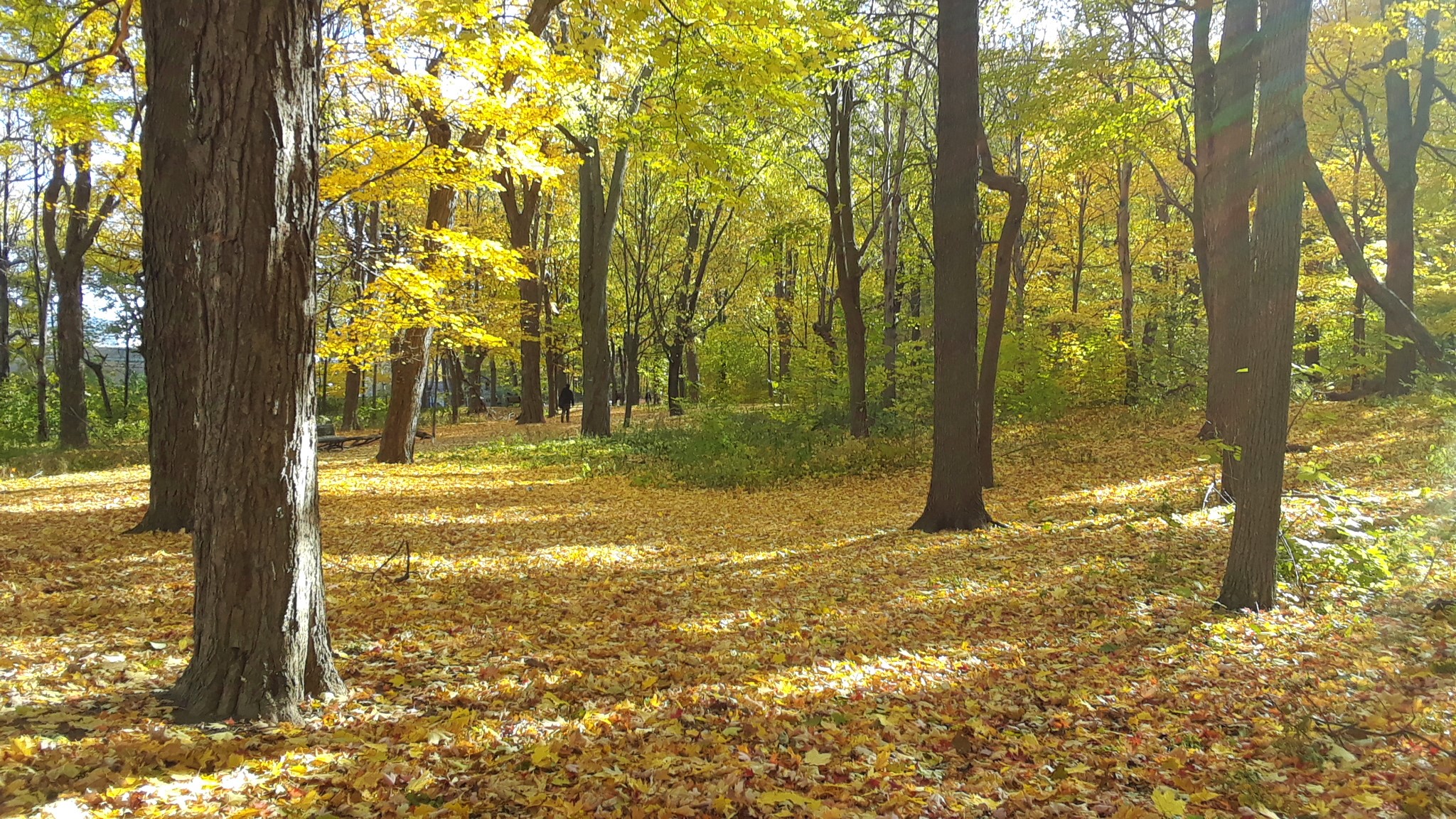 There are lots of trails to explore that allow for some pretty awesome views of the city – we snapped this one as we were headed back down to the hostel. 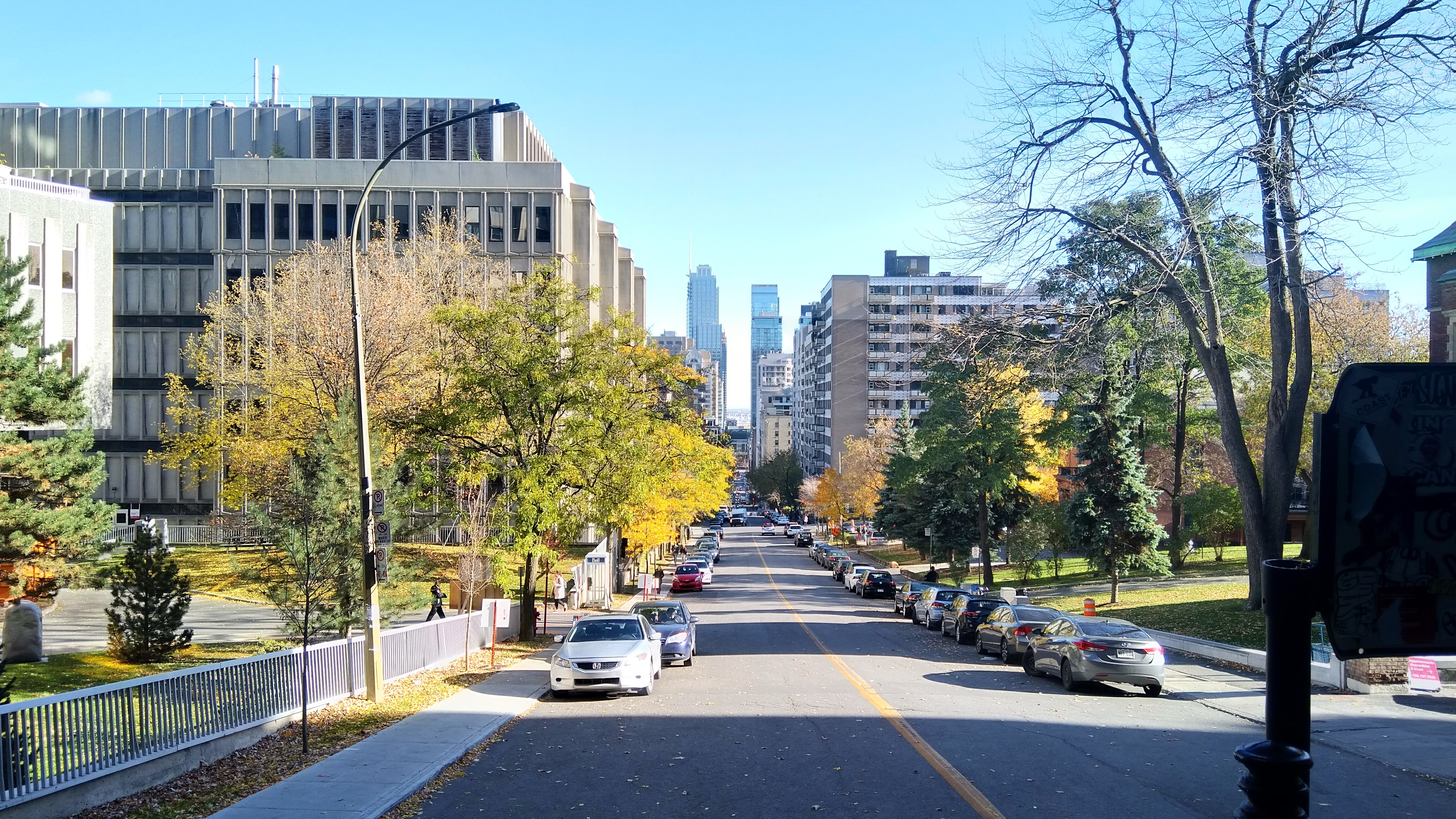